Sorry! Making Empire is sold out. 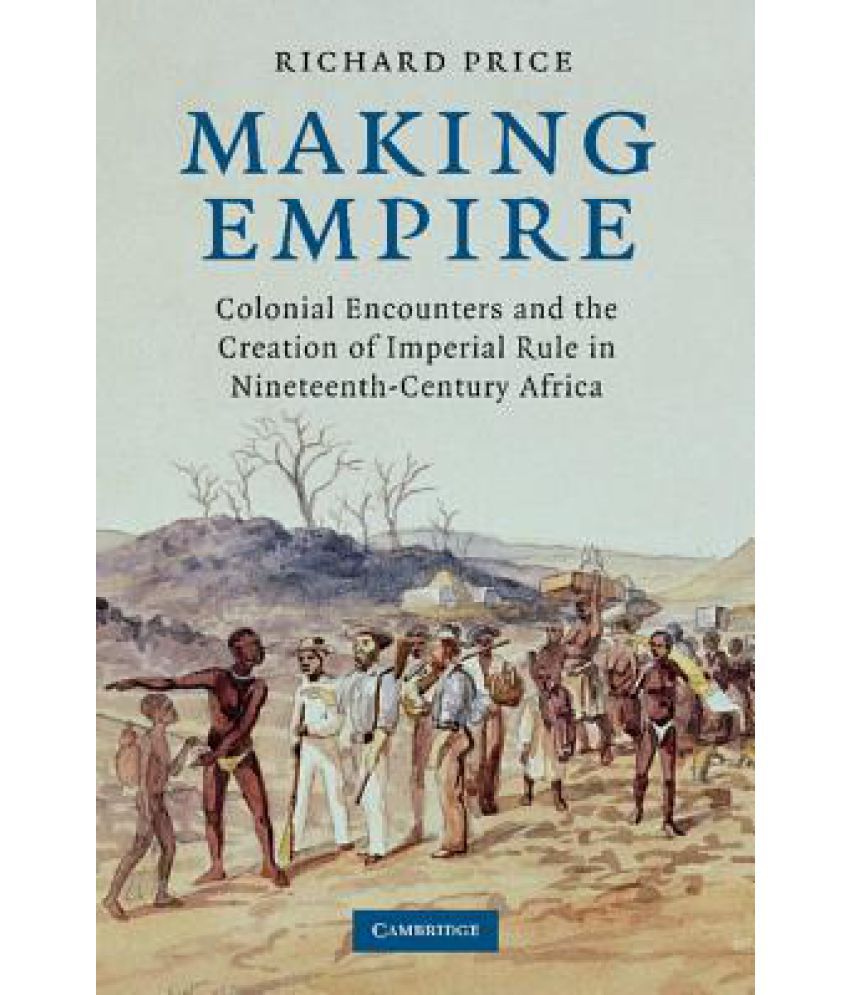 This product has been sold out
serviceCentreDetails
Be the first to review
Have a question?
pay
Rs  3,005
We will let you know when in stock
notify me
Thank you for your interest

This book is the dramatic story of the colonial encounter and the construction of empire in Southern Africa in the nineteenth century.

This is the dramatic story of the colonial encounter and the construction of empire in Southern Africa in the nineteenth century. What did the British make of the Xhosa and how did they make sense of their politics and culture? How did the British establish and then explain their dominion, especially when it ran counter to the cultural values they believed themselves to represent? In this book, Richard Price answers these questions by looking at the ways in which individual missionaries, officials and politicians interacted with the Xhosa. He describes how those encounters changed and shaped the culture of imperial rule in Southern Africa. He charts how an imperial regime developed both in the minds of the colonizers and in the everyday practice of power and how the British imperial presence was entangled in and shaped by the encounter with the Xhosa from the very moment of their first meeting.

Richard Price is Professor and Chair at the Department of History, University of Maryland, College Park. His previous publications include Labour in British Society 1780 1980 (1986) and British Society 1680 1880: Dynamism, Containment and Change (1999).

1. 'In this vivid, arresting and very well-documented work, Richard Price offers an interpretation of a neglected episode in imperial history. As well as a specific locale and a remarkable cast of characters, he illumines aspects of empire that have applied far more generally: its frequent utopianism and fragility, and the disparity that always exists between metropolitan ideals and the violence and compromise of the frontier.' Linda Colley, Princeton University

2. 'Making Empire is an enthralling study of the colonial encounter which probes and dissects a maze of stories and episodes generated by touchy dealings between Africans and Britain's military, missionary and other intrusive agents of empire. As a deft exploration of how the British grappled to make sense of it all, there is really nothing quite like it in the field. Combining meticulous scholarship, lucid writing and sharp judgement, this is an outstanding book.' Bill Nasson, University of Cape Town

3. 'In this exceptionally rich and sensitive study, Richard Price examines the clash between the British and the Xhosa in nineteenth-century South Africa - a laboratory, he suggests, for the imperial conquest of Africa. He traces the sad retreat by British missionaries and officials from a liberal humanitarianism to a harsh racism and the shrewd resistance by Xhosa chiefs to the encroachments of empire. This book offers as insightful an analysis of the colonial encounter and as moving an assessment of its costs as any I have read in some time.' Dane Kennedy, George Washington University

4. 'Many have sought to describe the forging of an imperial culture in nineteenth-century Britain. Richard Price's brilliant idea was to get out of England and look where the bodies are buried - on the brutal frontiers of expanding empire. His riveting account of interactions between missionaries, British officials and Xhosa chiefs in South Africa charts the process by which the Empire defined its new subject peoples, ignoring any evidence that stood in the way. Price offers an instructive, perceptive, sad riposte to those who look nostalgically back to a 'liberal empire' that never was.' Norman Etherington, University of Western Australia

5. "Where this books shines is in demonstrating the intricate formation of colonial knowledge and the role of the colonized in its creation." -American Historical Review

6. "a most impressive book...a vivid and detailed account which brings out the drama in the story and combines skillful narrative with insightful analysis'." -Times Literary Supplement

7. "masterful, and contribute significantly to our understanding of the building of empire and imperial culture at its edges, and of the people inexorably caught up in the process." -Journal of African History

8. ."..gives us easily the most 'human' account yet written of the formative years of British rule in South Africa."
Victorian Studies, Martin J. Wiener, Rice University

9. "This book is a brilliant entry point for anyone who wants to see how imperial rule in Africa was established Characters leap out; their absurd antics are sometimes pure slapstick. But this is no Carry On Up the Cape. In the scale of suffering unleashed by this power struggle, it is more like Shakespearean tragedy. At times, the folly of man is overwhelming." -Joanna Lewis, Times Higher Education"

10. ..".gives us easily the most 'human' account yet written of the formative years of British rule in South Africa."
Victorian Studies, Martin J. Wiener, Rice University