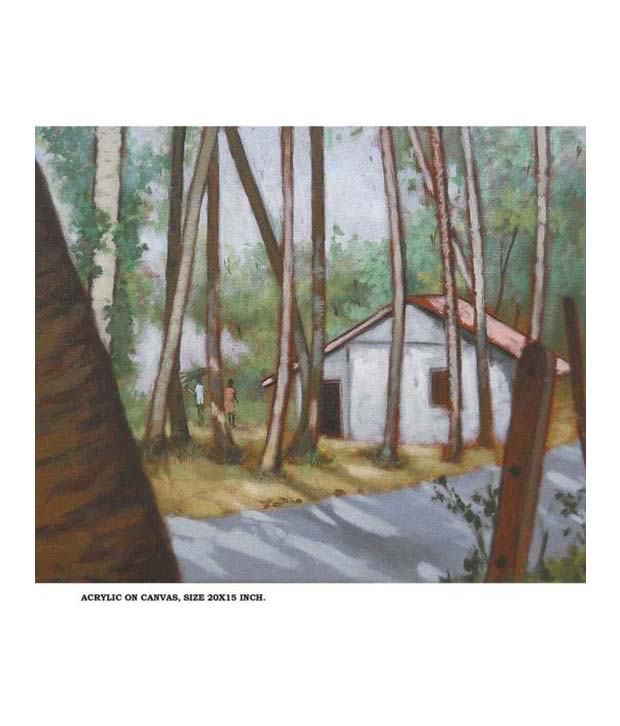 Indian art consists of a variety of art forms. A strong sense of design is characteristic of Indian art and can be observed in its modern and traditional forms. British colonial rule had a great impact on it. Old patrons of art became less wealthy and influential, and western art more ubiquitous as the British Empire established schools of art in major cities. The fusion of Indian traditions with European style at this time is evident from raja Ravi Varma's oil paintings of sari-clad women in a graceful manner. In 1947, India became independent of British rule. A group of six artists founded the Bombay progressive artists' group in the year 1952, to establish new ways of expressing India in the post-colonial era. Though the group was dissolved in 1956, it was profoundly influential in changing the idiom of Indian art. Present-day Indian art is varied as it had been never before.