Sorry! Meltdown in Tibet is sold out. 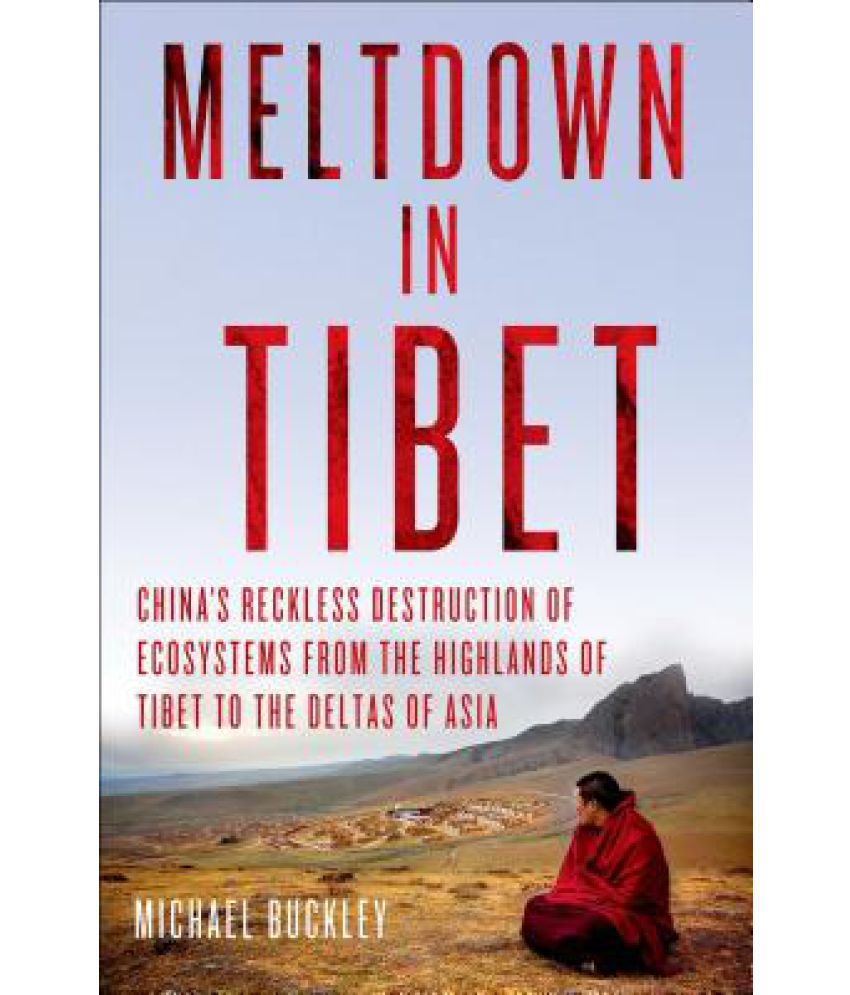 This product has been sold out
serviceCentreDetails
Be the first to review
Have a question?
pay
Rs  498
We will let you know when in stock
notify me
Thank you for your interest

An expert on Tibet chronicles the ruthless Chinese push to strip this fragile environment of its natural resources, endangering the water supply of much of Asia

Tibetans have experienced waves of genocide since the 1950s. Now they are facing ecocide. The Himalayan snowcaps are in meltdown mode, due to climate change accelerated by a rain of black soot from massive burning of coal and other fuels in both China and India. The mighty rivers of Tibet are being dammed by Chinese engineering consortiums to feed the mainland's thirst for power, and the land is being relentlessly mined in search of minerals to feed China's industrial complex. On the drawing board are plans for a massive engineering project to divert water from Eastern Tibet to water-starved Northern China. Ruthless Chinese repression leaves Tibetans powerless to stop the reckless destruction of their sacred land, but they are not the only victims of this campaign: the nations downstream from Tibet rely heavily on rivers sourced in Tibet for water supply, and for rich silt used in agriculture. This destruction of the region's environment has been happening with little scrutiny until now. In "Meltdown in Tibet, " Michael Buckley turns the spotlight on the darkest side of China's emergence as a global super power."

Buckley renders an important service in this outspoken book by [documenting] the calamitous consequences of China's unsparing usurpation of Tibet's natural resources. arriving at a time when many Western authors are acquiescing in censorship for the tawdry privilege of being published in China, Meltdown in Tibet is made indispensable by the mere fact of its existence. "The Washington Post"

An intrepid environmentalist and travel writer Buckley provides in his latest book an impassioned and angry account of [how] China has penetrated Tibet's ground waters, and its deep-lying minerals, and violated its mighty rivers and grasslands. "Jonathan Mirsky, High Peaks Pure Earth"

[Buckley] makes a compelling case that China's Tibet policies are noxious Meltdown in Tibet is hard to put down as Buckley's passion and outrage swell, like the Mekong, from a trickle to a thunderous torrent at every twist and turn of his narrative. "South China Morning Post"

"Meltdown in Tibet" is full of evidence of ethnocide and ecocide, brutal repression, human rights violations, wide corruption and profiteering at the highest levels it is the huge dams that most worry Buckley. Widely travelled, with deep knowledge of terrain and peoples, he neatly encapsulates the mainstream Chinese view by quoting a hydrologist who says such rivers are an awful waste of water leaving China.' Highly readable. "NewScientist"

Meltdown in Tibet is an instructive book on the roof of the world. Its documentation is impeccable, and it deals with Tibet seen from a rarely tackled angle: its role in world climate. "Forbes.com"

The question of river and water management in Tibet transcends mere political concerns because of its far-reaching impact in this part of the world. This book, therefore, should be part of a wake-up call to the international community and China to seriously assess ecological and environmental conditions on the Tibetan plateau and take remedial measures before it is too late. "From the Preface by His Holiness the Dalai Lama"

"Meltdown in Tibet" draws attention to the critical importance of Tibet's environment to the sustainability of development of Asia and even to the survival of the continent's billions who live downstream. Buckley's argument is that Asia can ignore what China is doing in Tibet at its own peril. "Thupten Samphel, director of Tibet Policy Institute, and author of Falling Through the Roof"

In "Meltdown in Tibet," Michael Buckley has bravely chronicled China's human rights abuses against Tibetans, forcibly removed from their lands to make way for large-scale mining and hydro power projects. Buckley, a Tibet expert, has traced the deleterious effects of controlled water distribution from the Tibetan plateau to the thirsty countries along its perimeter. It's a scary read. I am afraid. We should all be afraid. "Pat Morrow, mountaineer, author of Everest: High Expectations"

An engrossing look at the devastation wrought in Tibet by the Chinese government, and the cascading environmental problems that follow. "Meltdown in Tibet" is a primer on how quickly a country can go from a pristine state to an environmental horror story when outside forces disregard the value of a natural environment. "Lester R. Brown, President, Earth Policy Institute and author of Full Planet, Empty Plates"

I cannot praise this excellent book highly enough, a gripping and moving read, a lively chronicle of the author's adventures and journey of discovery, as well as a globally urgent expose of the disastrous exploitation inflicted by the Chinese government and its colonialist state corporations on the whole of the Tibetan plateau. The book reports in solid and yet expressive detail this genocidal ecocide and its devastating impact on the whole of Asia, including its suicidal effect on China itself. I read it through without being able to put it down, swept up in its epic scope. Though it moves one toward despair, the mere fact that such a horrific reality is so well confronted and communicated by the author gives rise to a saving hope, and a strong determination to do what one can to change such a natural and human catastrophe. One thing one can do is know what is going on, and this book shines a bright light upon the situation. If one cares about the present and future of this planet, this book is a must read! Professor Robert Thurman, President of Tibet House US and author of Why The Dalai Lama Matters"