Return form will be sent to your email Id:
Want this item in next 24 hours?
Get an instant SMS with a link to download the Snapdeal App
+91
Please Enter a Valid 10 Digit Number.
Yes, Send Me A Link To The App
GET SMS
SDL707364853
{"SDL707364853":null}
Home
516, 46138845, 517, ,
/
Movies & Music
/
Movies & Entertainment
/
Hollywood Movies
/
Non Stop or Rush or Need for Speed - DVD (English)
Compare Products
Clear All
Let's Compare!
Selection Error!
You have reached the maximum number of selection. You can select only upto 4 items to compare.
You have already selected this product.
OK
View Order 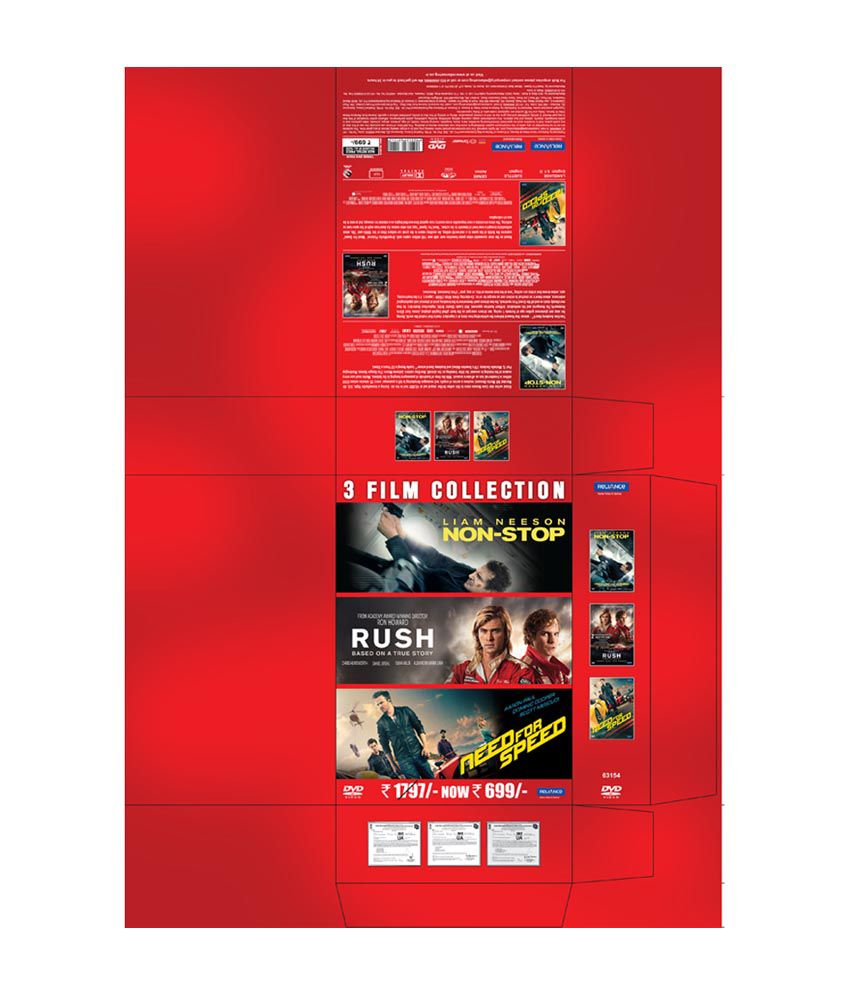 Non Stop or Rush or Need for Speed - DVD (English)

NonStop Rush Need For Speed collection of movies takes you on a wild tour of action. Need for Speed is a 2014 American action racing film. This movie tells the story of street racer Tobey Marshall, who sets off to race cross-country, as a way of avenging his friend's death at the hands of a rival racer. Non Stop tells the story of an air marshal springs into action during a transatlantic flight after receiving a series of text messages that put his fellow passengers at risk for ransom. Rush is a 2013 biographical sports drama film. The movie is centered on the merciless 1970s rivalry between Formula One rivals James Hunt and Niki Lauda.

Non Stop or Rush or Need for Speed - DVD (English)