Return form will be sent to your email Id:
Want this item in next 24 hours?
Get an instant SMS with a link to download the Snapdeal App
+91
Please Enter a Valid 10 Digit Number.
Yes, Send Me A Link To The App
GET SMS
SDL168821525
{"SDL168821525":null}
Home
364, 366, 4423, 46105644, ,
/
Books
/
Academic Texts
/
Engineering Books
/
Mechanical Engineering Books
/
Persoonia Lanceolata
Compare Products
Clear All
Let's Compare!
Selection Error!
You have reached the maximum number of selection. You can select only upto 4 items to compare.
You have already selected this product.
OK
View Order 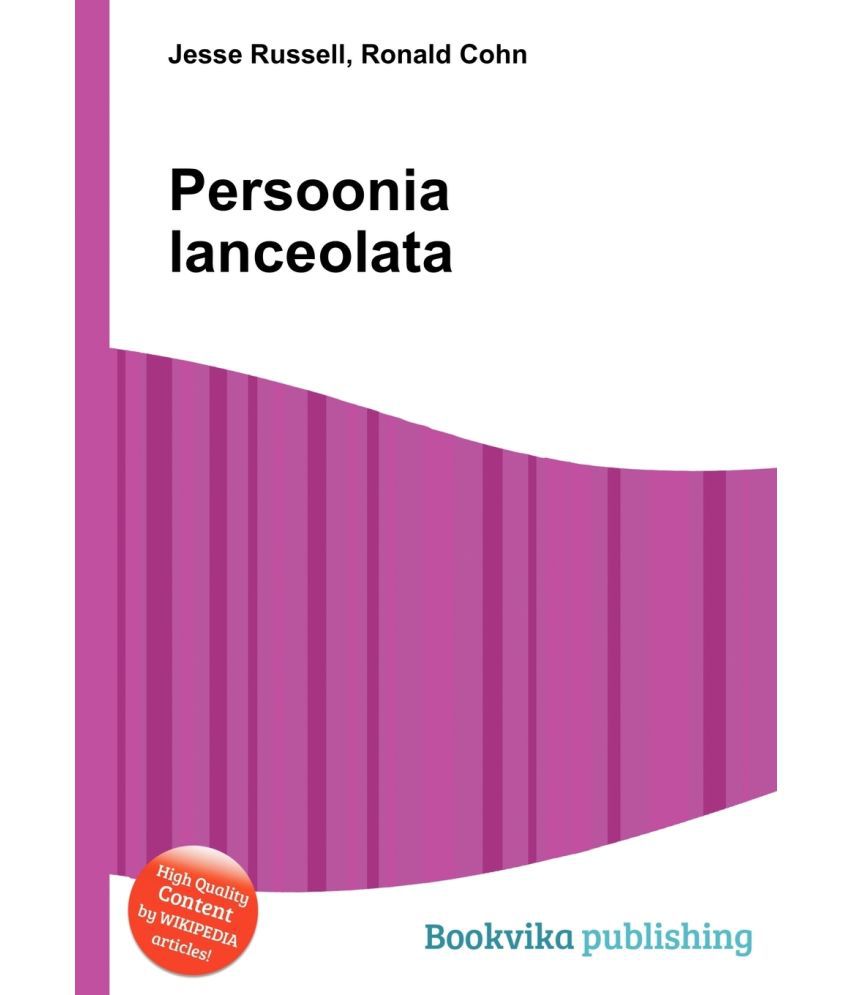 High Quality Content by WIKIPEDIA articles! Persoonia lanceolata, commonly known as lance-leaf geebung, is a shrub native to New South Wales in eastern Australia. It reaches 3 m (9.8 ft) in height and has smooth grey bark and bright green foliage. Its small yellow flowers grow on racemes and appear in the austral summer and autumn (January to April), followed by green fleshy fruit (known as drupes) which ripen the following spring (September to October). Within the genus Persoonia, Persoonia lanceolata belongs to the lanceolata group of 58 closely related species. It interbreeds with several other species found in its range.