Return form will be sent to your email Id:
Want this item in next 24 hours?
Get an instant SMS with a link to download the Snapdeal App
+91
Please Enter a Valid 10 Digit Number.
Yes, Send Me A Link To The App
GET SMS
SDL089339474
{"SDL089339474":null}
Home
364, 384, 4505, ,
/
Books
/
Philosophy Books
/
History & Surveys Books
/
Plato: Theaetetus and Sophist
Compare Products
Clear All
Let's Compare!
Selection Error!
You have reached the maximum number of selection. You can select only upto 4 items to compare.
You have already selected this product.
OK
View Order 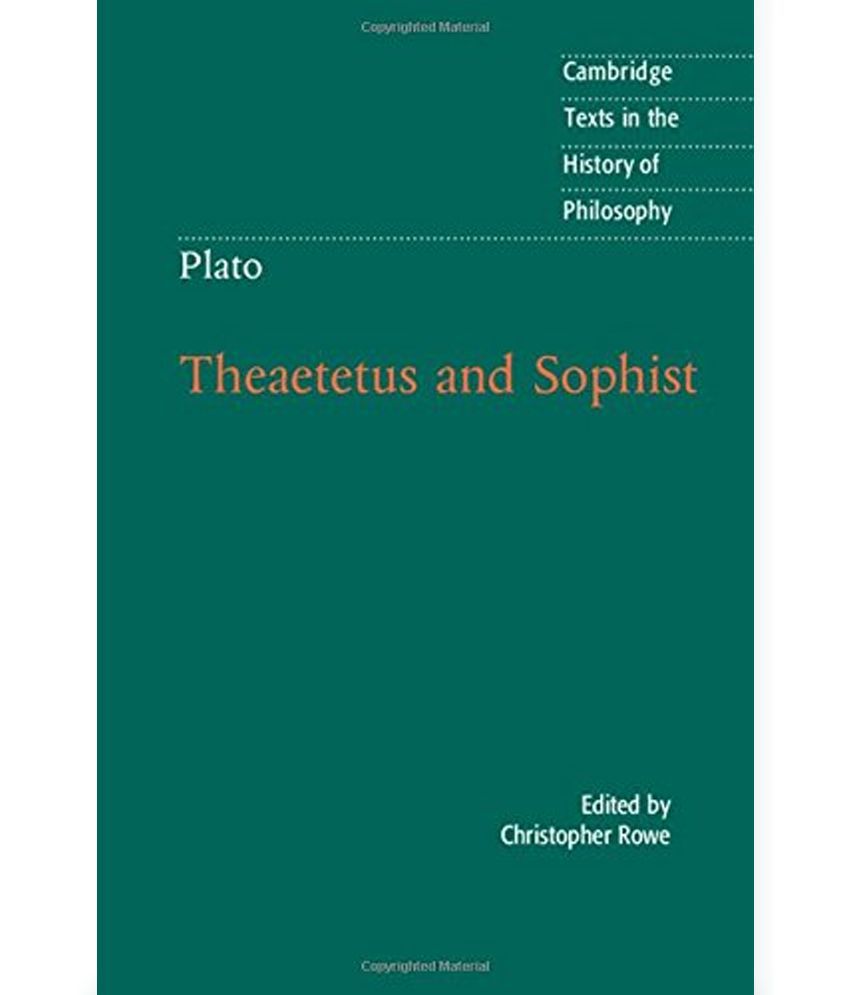 A new and lively translation of two Platonic dialogues widely read and discussed by philosophers, with introduction and notes.

Plato's Theaetetus and Sophist are two of his most important dialogues, and are widely read and discussed by philosophers for what they reveal about his epistemology and particularly his accounts of belief and knowledge. Although they form part of a single Platonic project, these dialogues are not usually presented as a pair, as they are in Christopher Rowe's new and lively translation. Offering a high standard of accuracy and readability, the translation reveals the continuity between these dialogues and others in the Platonic corpus, especially the Republic. The supporting introduction and notes help the reader to follow the arguments as they develop, explaining their structure, context and interpretation. This new edition challenges current scholarly approaches to Plato's work and will pave the way for fresh interpretations both of Theaetetus and Sophist and of Plato's writings in general.