Sorry! Playing It My Way by Sachin Tendulkar is sold out. 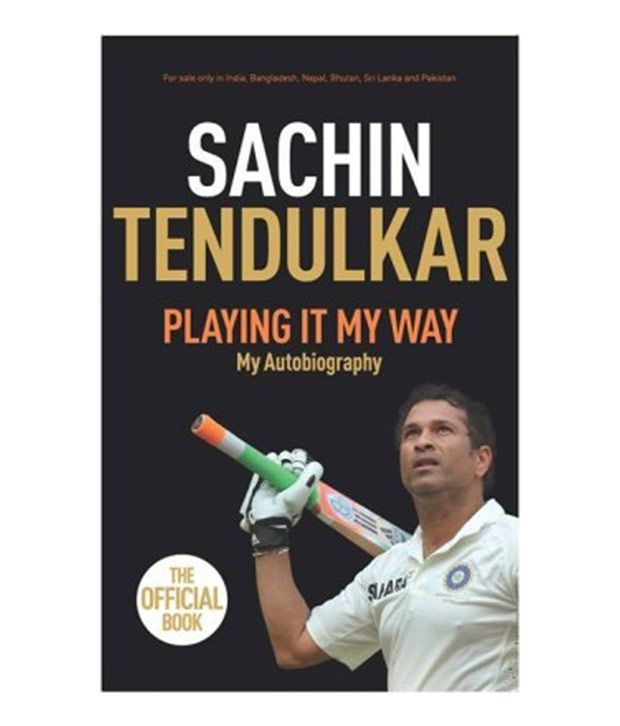 Playing It My Way by Sachin Tendulkar

The autobiography of the highest scoring batsman of all time.

This is the autobiography of legend and the renowned personality in cricket, Sachin Tendulkar. Sachin Tendulkar played for good 24 years and retired in 2013. In this book Sachin talks about his journey from his first Test match at the age of 16 to his 100th international century and the final farewell. He was awarded with India's highest civilian honor, Bharat Ratna Award, on the day of his retirement.

The book talks about how a young Mumbai school boy channeled his energies into the game. As a result of this he was the record breaker batsman in school. Sachin is the highest run scorer in the world’s history. He always scored more runs and made more centuries than any other player, in both Tests and one-day games. For him cricket was much more than scoring runs. Sachin Tendulkar has always remained a very private man, devoted to his family and his country. Now, for the first time, he provides a great kook through his personal life and gives a frank account of his sporting life.

Sachin Tendulkar is the former Indian cricketer and the captain who is known for as the greatest all time batsman. He took up cricket at the age of elevenTendulkar received the Arjuna Award in 1994 for his outstanding sporting achievement, the Rajiv Gandhi Khel Ratna award in 1997, India's highest sporting honour and the Padma Shri and Padma Vibhushan awards in 1999 and 2008, respectively, India's fourth and second highest civilian awards. After a few hours of his final match on 16 November 2013, the Prime Minister's Office announced the decision to award him the Bharat Ratna, India's highest civilian award. He is the youngest recipient to date and the first ever sportsperson to receive the award. He also won the 2010 Sir Garfield Sobers Trophy for cricketer of the year at the ICC awards.