Return form will be sent to your email Id:
Want this item in next 24 hours?
Get an instant SMS with a link to download the Snapdeal App
+91
Please Enter a Valid 10 Digit Number.
Yes, Send Me A Link To The App
GET SMS
SDL318766694
{"SDL318766694":null}
Home
364, 378, 4472, ,
/
Books
/
Hobby & Craft Books
/
Travel Books
/
Rain Overnight: Travels in Asia
Compare Products
Clear All
Let's Compare!
Selection Error!
You have reached the maximum number of selection. You can select only upto 4 items to compare.
You have already selected this product.
OK
View Order 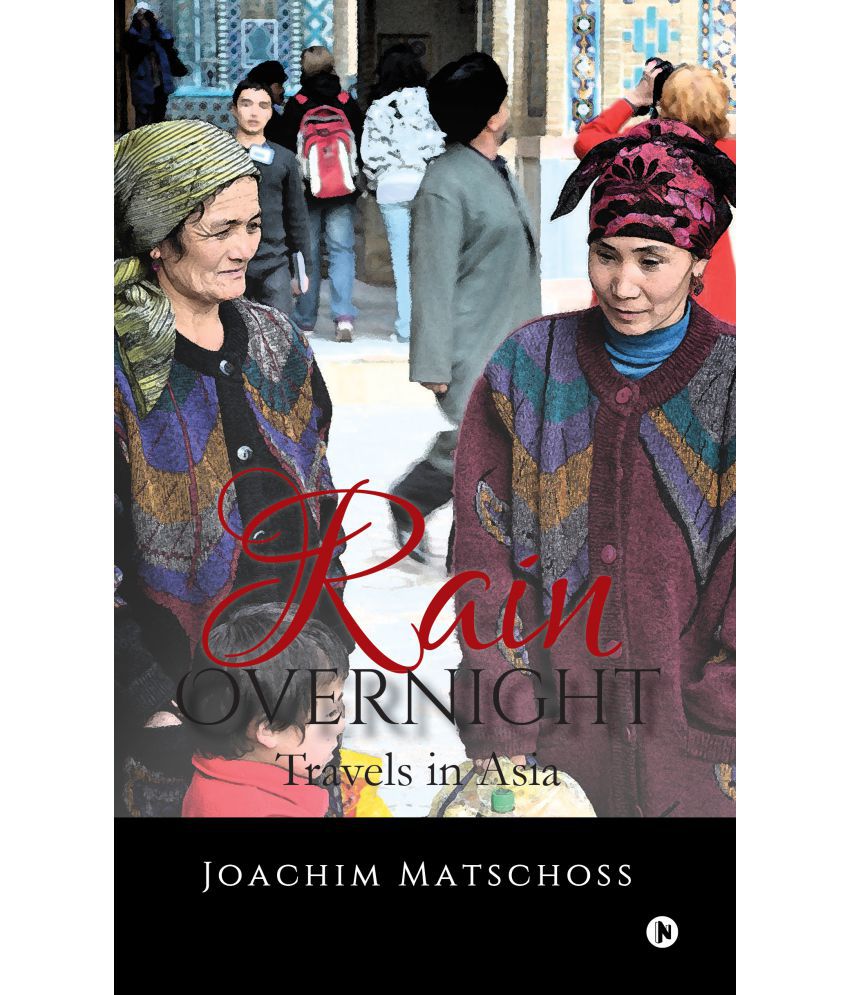 The boy was fascinated by theatre. He was intrigued by new places and by new journeys, from a very young age. He was always full of mischievous ideas. His head was full of noises, and only the theatre could calm him, pull his restless mind into a single story, make him listen and give shape to his dreams. The boy loved everything about theatre, and even after sixty years, he still does. The boy grew up cushioned by the voice of his father, which was wrapped around vowels and consonants and arranged in fascinating configurations. When he was very small, his father often read stories to him, and the words quickly left the page and became people-people with faces, bodies and unique voices; people that cared and wanted to do good; people that were happy. When the people had a blue day, his father's voice, and his hand gently stroking the boy's head, made sure that many soothing colors would be just around the corner. The boy loved those moments and loved those stories because they were akin to little plays, performed just for him.