Return form will be sent to your email Id:
Want this item in next 24 hours?
Get an instant SMS with a link to download the Snapdeal App
+91
Please Enter a Valid 10 Digit Number.
Yes, Send Me A Link To The App
GET SMS
SDL758825327
{"SDL758825327":null}
Home
364, 365, 4494, ,
/
Books
/
Fiction Books
/
Literature & Fiction Books
/
Raj mein Gunde, Dharm mein Pande, Samaj mein Andhe
Compare Products
Clear All
Let's Compare!
Selection Error!
You have reached the maximum number of selection. You can select only upto 4 items to compare.
You have already selected this product.
OK
View Order 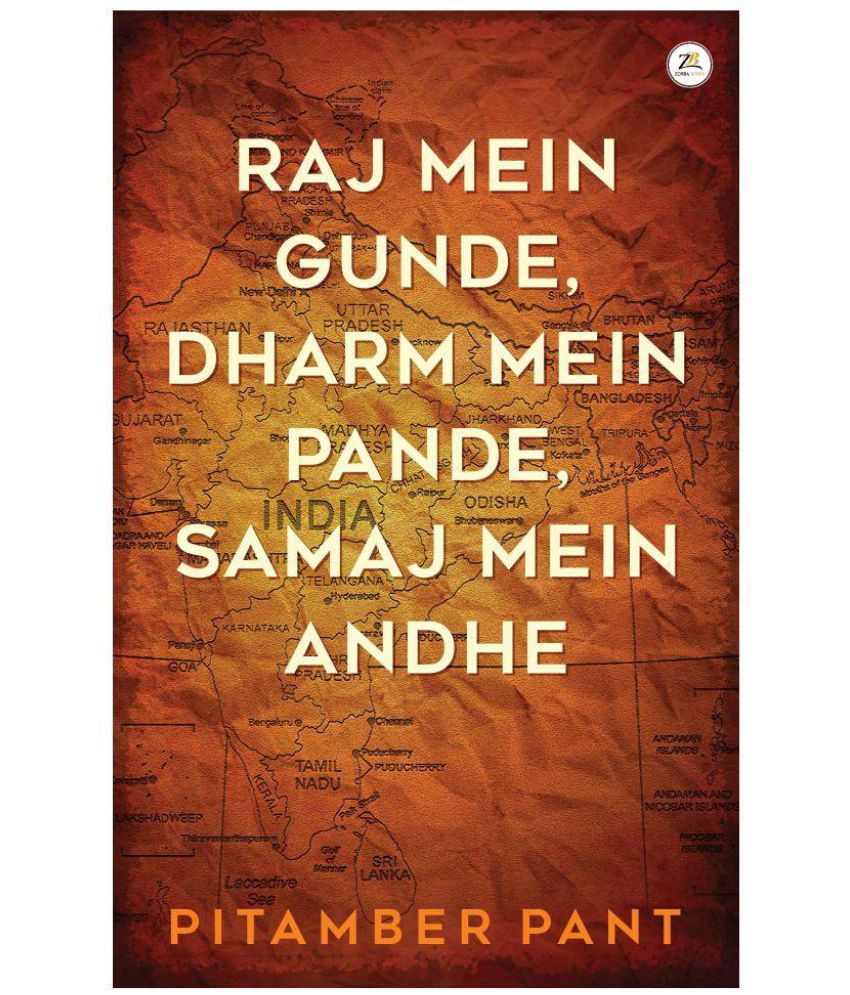 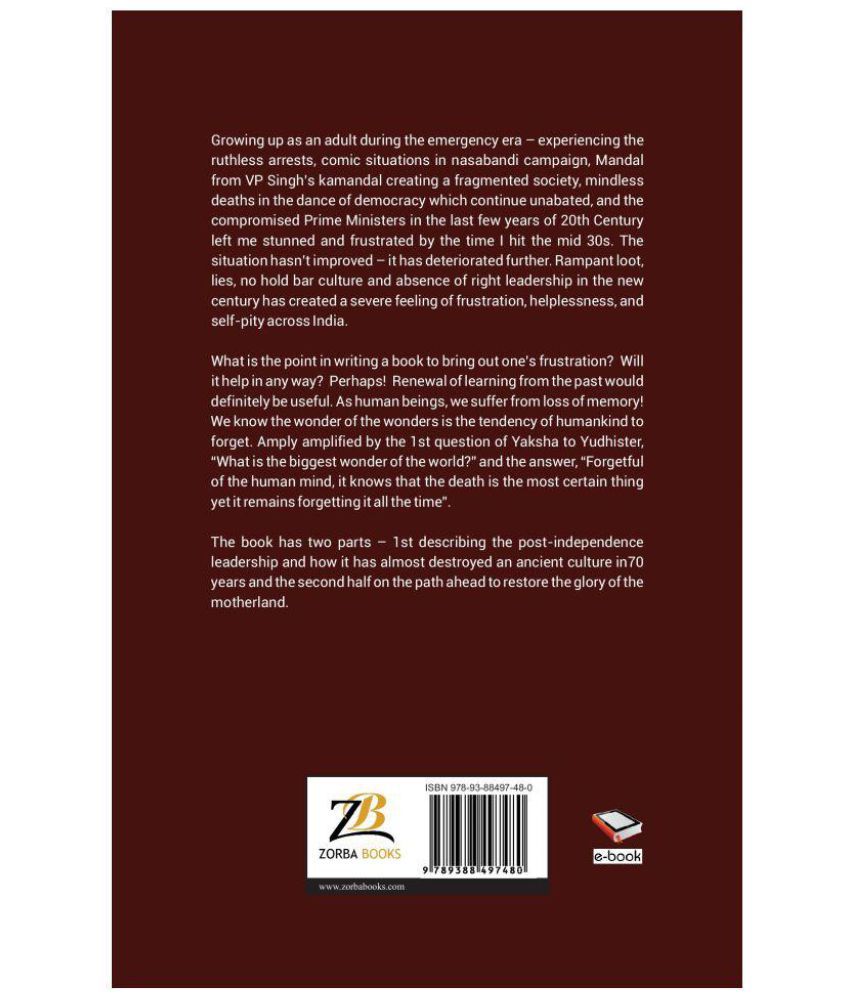 "Raj mein Gunde, Dharm mein Pande, Samaj mein Andhe is an analysis of the current state of affairs in India. Growing up as an adult during the emergency era – experiencing the ruthless arrests, comic situations in nasabandi campaign, Mandal from VP Singh’s kamandal creating a fragmented society, mindless deaths in the dance of democracy which continue unabated, and the compromised Prime Ministers in the last few years of 20th Century left me stunned and frustrated by the time I hit mid 30s. The situation hasn’t improved – it has deteriorated further. Rampant loot, lies, no hold bar culture and absence of right leadership in the new century has created a severe feeling of frustration, helplessness and self pity across India. What is the point in writing a book to bring out one’s frustration? Will it help in any way? Perhaps! Renewal of learning from the past would definitely be useful. As human beings, we suffer from loss of memory! We know the wonder of the wonders is the tendency of humankind to forget. Amply amplified by the 1 st question of Yaksha to Yudhister, “What is the biggest wonder of the world?” and the answer, “Forgetful of human mind, it knows that the death is the most certain thing yet it remains forgetting it all the time”. The book has two parts – 1 st describing the post independence leadership and how it has almost destroyed an ancient culture in 70 years and an analysis of the current state of affairs in India and the second half on the path ahead to restore the glory of the motherland."