Return form will be sent to your email Id:
Want this item in next 24 hours?
Get an instant SMS with a link to download the Snapdeal App
+91
Please Enter a Valid 10 Digit Number.
Yes, Send Me A Link To The App
GET SMS
SDL261658097
{"SDL261658097":null}
Home
364, 366, 4404, 46105018, ,
/
Books
/
Academic Texts
/
Computer & Internet Books
/
Algorithms Books
/
Raspberry Pi for Secret Agents - Third Edition
Compare Products
Clear All
Let's Compare!
Selection Error!
You have reached the maximum number of selection. You can select only upto 4 items to compare.
You have already selected this product.
OK
View Order 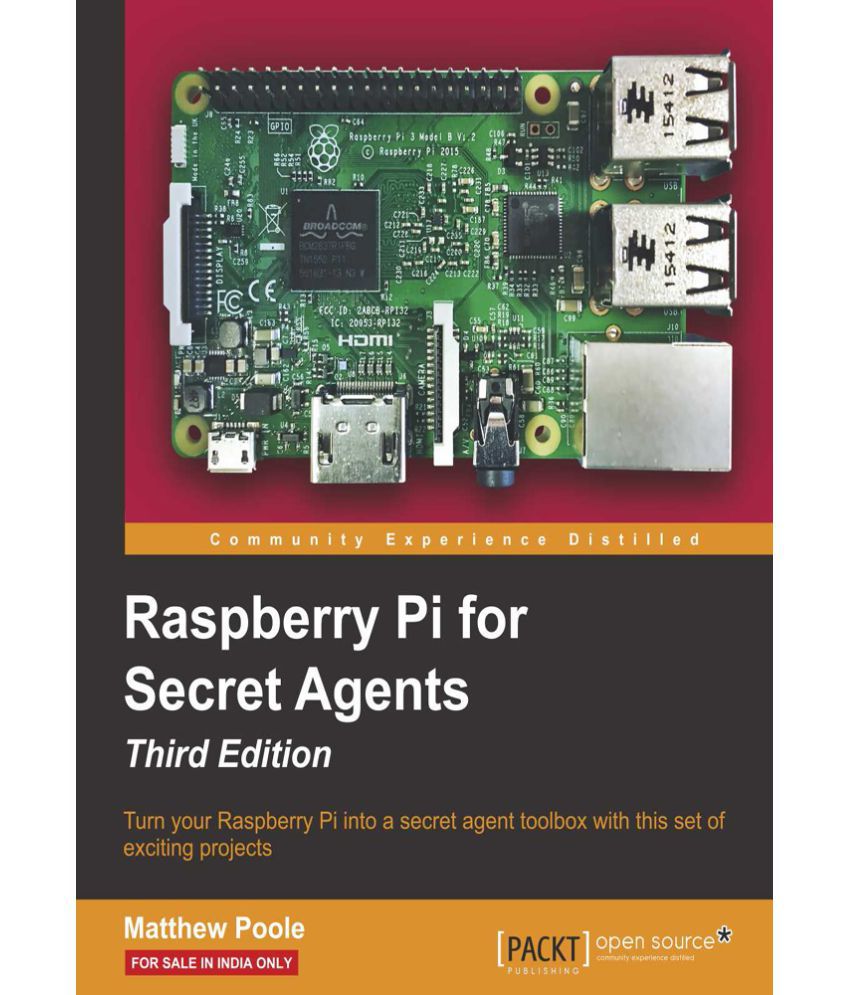 Turn your Raspberry Pi into a secret agent toolbox with this set of exciting projects About This Book ¥ Turn your Raspberry Pi into a multi-purpose secret agent gadget for audio and video surveillance, Wi-Fi exploration, or playing pranks on your friends ¥ Detect an intruder on camera or with sensors and set off an alarm or receive messages to your phone ¥ Find out what the other computers on your network are up to and make yourself anonymous on the Internet ¥ This book has been updated for new additions to your toolkit featuring the tiny, recently released Raspberry Pi Zero board Who This Book Is For This book is for those who are new to the Raspberry Pi Zero ,Raspberry Pi 2 or Raspberry Pi 3 and have some experience with the original Raspberry Pi models, and even for those budding secret agents who would like to use Pi Zero as a secret agent toolbox. No programming experience is assumed. Suitable for the novice and expert alike, each topic provides a fast and easy way to get started with exciting applications, with practical examples in every chapter. What You Will Learn ¥ Install and configure the Raspbian Jessie operating system for maximum mischief ¥ Detect an intruder with motion detection or a laser trip wire and set off an alarm ¥ Listen in to conversations from a distance over Bluetooth ¥ Distort your voice in weird and wonderful ways ¥ Track the Pi's whereabouts using GPS ¥ Connect your Pi to the mobile Internet using a 3G dongle and make yourself anonymous on the net ¥ Display secret messages and codes to fellow agents on a LED display In Detail This book is for all mischievous Raspberry Pi owners whoÕd like to see their computer transform into a neat spy gadget to be used in a series of practical pranks and projects. No previous skills are required to follow along, and if youÕre completely new to Linux, youÕll pick up much of the basics for free. WeÕll help you set up your Raspberry Pi Zero , Raspberry Pi 2 and Raspberry Pi 3 and guide you through a number of pranks and secret agent techniques that are so inconspicuous yet high on mischief. YouÕll learn how to configure your operating system for maximum mischief and start exploring audio, video, or Wi-Fi techniques. WeÕll show you how to record, listen, or talk to people from a distance and how to set up your own phone network. Then, youÕll plug in your webcam and set up a motion detector with an alarm and find out what the other computers on your Wi-Fi network are up to. Once you've mastered the techniques, weÕll combine them with a battery pack and GPS for the ultimate off-road spy kit. Style and Approach This easy-to-follow guide is for budding secret agents who want to create tools for mischief, stealth, and reconnaissance. ItÕs full of fun, practical examples and easy-to-follow recipes, guaranteeing maximum mischief for all skill levels.