Return form will be sent to your email Id:
Want this item in next 24 hours?
Get an instant SMS with a link to download the Snapdeal App
+91
Please Enter a Valid 10 Digit Number.
Yes, Send Me A Link To The App
GET SMS
SDL041630164
{"SDL041630164":null}
Home
217, 129, 4130, ,
/
Home Decoratives
/
Religion & Spirituality
/
Rudraksha
/
Sanskritii Multicolour Parad Shivling with Vaijanti Mala and Rudraksh
Compare Products
Clear All
Let's Compare!
Selection Error!
You have reached the maximum number of selection. You can select only upto 4 items to compare.
You have already selected this product.
OK
View Order 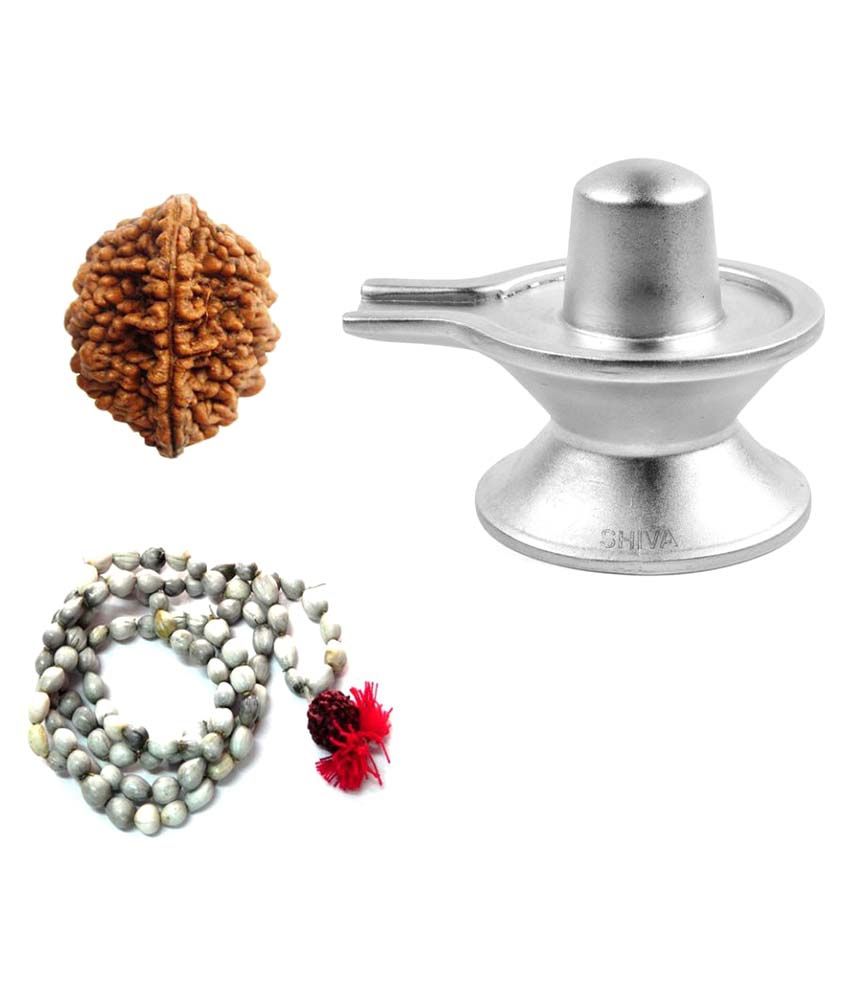 The 2 Mukhi Rudraksha is the symbol of Chandra and Surya (Swar ie; left and right Naadi). The person who wears this Rudraksha after proper Sidhhi ( method of purification & charging with Mantra) will always accompanied by two Deva i.e. Surya Deva and Chandra Deva. The wearer of this Rudraksha get Punya (meritorious act) of donating 108 Cows. He is able to control two Indriya (senses) of his body. This Rudraksha gives control of Swar ( ancient and hidden knowledge of Breathing to know past present and future ).\n\nThe wearer of this Rudraksha will never remain lazy and get always the blessing of Lord Shiva and in the end of life get the Moksha (liberation). One who starts the New work by wearing this Rudraksha; always get the success.\n\n\n\nRules for the Rudraksha:The Wearer of the Rudraksha should chant related Rudraksha Mantra along with Rudraksha Utpatti Mantra (Mantra for the Rudraksha Origin) daily at least 9 times while wearing and removing in the night before going to sleep. More Rules...\n\nNote : Above details are taken from ancient handwritten text and Guru Mukha. The description is seen in the deep meditation of Lord Shiva by Lord Datta Treya. The mantra are hidden so not mentioned here.\n\nTwo Mukhi as per the various Puranas : 2 Mukhi Rudraksha is the symbol of ArdhaNareeshwara, a joint image of the Lord Shiva and Goddess Parvati (Shakti). In this image we see both in one body. It brings unity like the family unity in form, speech and Meaning.\n\nBeing capable of getting riches and virtuous off springs by wearing two faced Rudraksha, it’s wearer becomes capable of leading peaceful and sacred life.\n\nIts wearer’s family finds the reverence and faith continuously increasing among them. Removing the differences of opinions between the Teacher & the pupil, the father and the son, the husband and the wife, and friends, it establishes unity between them. 2 Mukhi Rudraksha effectively control the diseases of Left eye, kidney, intestine in physical level and in the spiritual level such as lack of harmony in relationship etc. Two faced Rudraksha has natural two lines or faces. It is oval in shape and is available in two varieties – Nepal and Haridwar (India). Parad Shivling when worshipped with proper procedure, belief, and enthusiasm helps human beings physically, spiritually, and psychologically. Also protects people from natural calamities, disaster, external evil effects. Some of the reference in the ancient texts of Ayurveda and mythological origins which justifies these belief are as follows.\n\nIt is stated and believed in various texts that if a mercury Shivling is placed and worshipped in a house, society, or a temple. It is considered that it leads to prosperity, positive strength, and also considered that goddess Lakshmi resides at that place for generations to generation.