Return form will be sent to your email Id:
Want this item in next 24 hours?
Get an instant SMS with a link to download the Snapdeal App
+91
Please Enter a Valid 10 Digit Number.
Yes, Send Me A Link To The App
GET SMS
SDL569949648
{"SDL569949648":null}
Home
364, 366, 4423, 46105644, ,
/
Books
/
Academic Texts
/
Engineering Books
/
Mechanical Engineering Books
/
Scientific American Inventions and Discoveries: All the Milestones in Ingenuity--From the Discovery of Fire to the Invention of the Microwave Oven
Compare Products
Clear All
Let's Compare!
Selection Error!
You have reached the maximum number of selection. You can select only upto 4 items to compare.
You have already selected this product.
OK
View Order 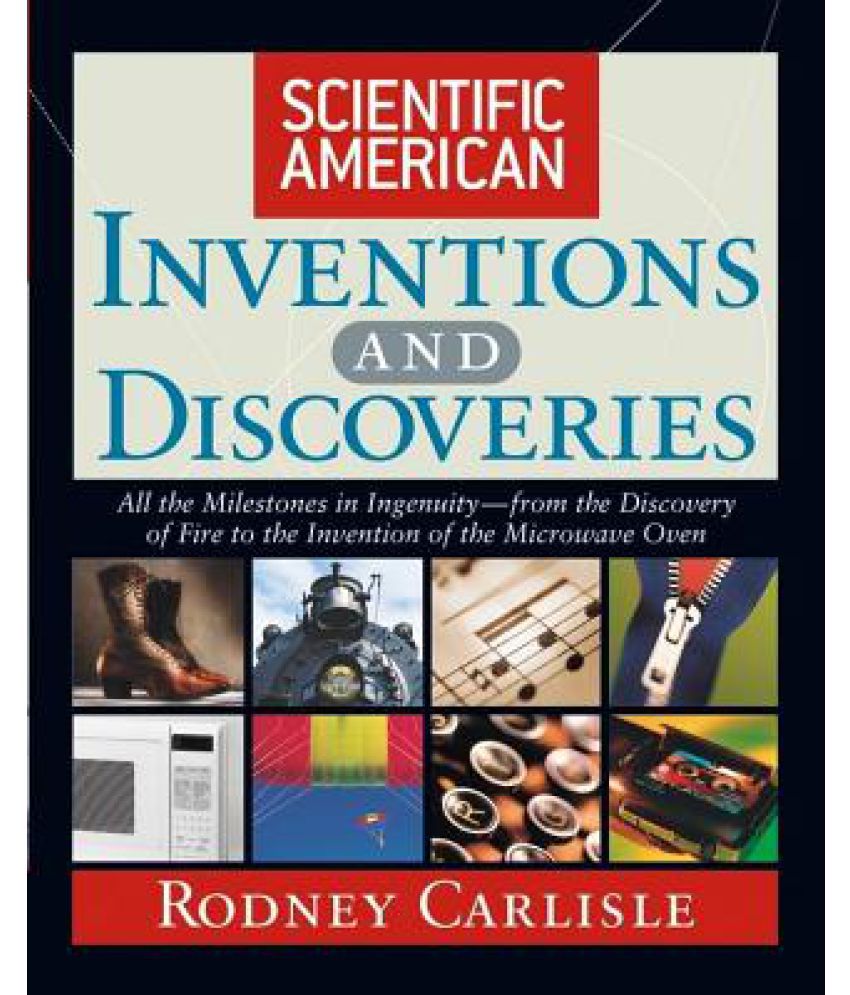 Scientific American Inventions and Discoveries: All the Milestones in Ingenuity--From the Discovery of Fire to the Invention of the Microwave Oven

Combining engagingly written, well-researched history with the respected imprimatur of Scientific American magazine, this authoritative, accessible reference provides a wide-ranging overview of the inventions, technological advances, and discoveries that have transformed human society throughout our history.

More than 400 entertaining entries explain the details and significance of such varied breakthroughs as the development of agriculture, the "invention" of algebra, and the birth of the computer. Special chronological sections divide the entries, providing a unique focus on the intersection of science and technology from early human history to the present. In addition, each section is supplemented by primary source sidebars, which feature excerpts from scientists' diaries, contemporary accounts of new inventions, and various "In Their Own Words" sources.

Comprehensive and thoroughly readable, Scientific American Inventions and Discoveries is an indispensable resource for anyone fascinated by the history of science and technology.

From the discovery of fire to the invention of the steam engine and the Pentium chip, Scientific American Inventions and Discoveries documents some of the most important discoveries in the scientific world, as well as the practical innovations that have forever changed the life of the human race. This engagingly written, authoritative book organizes more than 400 lively, detailed entries into six chronological, easy-to-browse sections: 8000 b.c. to a.d. 300: Prehistoric and ancient civilizationsMiddle Ages and Renaissance through15991600-1790: The Age of the Scientific Revolution1791-1890: The Industrial Revolution1891-1934: The Electrical Age1935 into the 21st century: The Atomic and Electronic Age

Through this historical approach, Rodney Carlisle reveals the fascinating intersection of science and technology through the ages, examining the different styles of creation and innovation.We see how humans acquired an increasing body of ordinary procedures and instruments, from making fire and harvesting crops to living in shelters. Over time, specialists emerged, perfecting and passing down special arts such as carpentry, masonry, and metal smithing.

They flourished in antiquity and organized into craft guilds in many of the societies of the Middle Ages and Renaissance. We see how these artisans developed new instruments that helped bring about a refinement of scientific observation, allowing numerous leaps forward in measurement and knowledge of nature.

Engineers and inventors changed the nature of production during the Industrial Revolution-moving from shop work to the large-scale factory-and created a host of new devices, from steam railroads to internal combustion engines. As scientific training began to affect the world of technology, a burst of inventions in the early 1900s changed human life more drastically than ever before. And, even as horrific instruments of warfare were born, a host of technologies was introduced in the electronics, nuclear, and biological fields that held out the promise of future peaceful progress.

Featuring numerous illustrations and informative primary source sidebars, Scientific American Inventions and Discoveries is essential for anyone who wants to delve into the history of science and technology.

Dr. Rodney P. Carlisle is a professor emeritus of Rutgers University. He received his AB degree from Harvard College and his PhD from the University of California, Berkeley. He most recently served as general editor of the award-winning Encyclopedia of Politics: The Left and Right (2005) and authored The Iraq War (2004).

Scientific American Inventions and Discoveries: All the Milestones in Ingenuity--From the Discovery of Fire to the Invention of the Microwave Oven