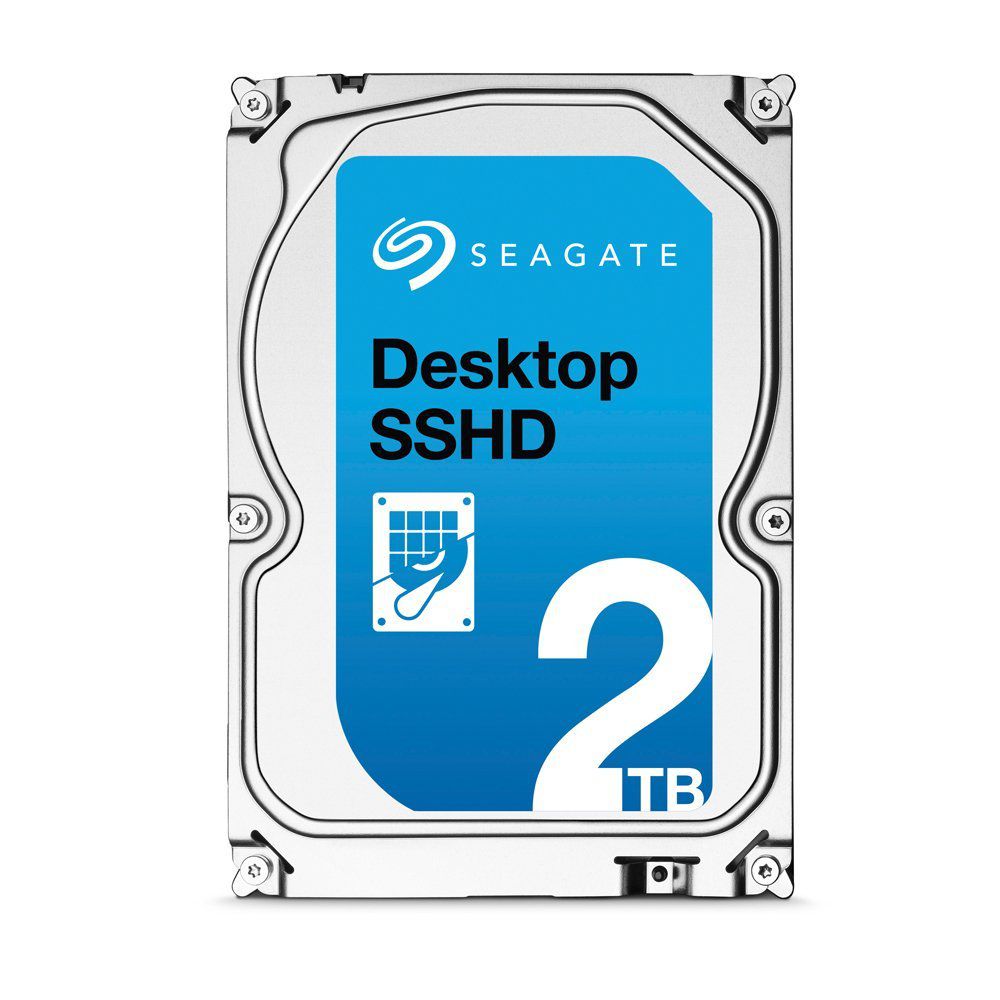 Capacity:2TB The Seagate Desktop SSHD combines a high capacity hard drive and 8GB of solid-state MLC flash to add SSD like performance to any desktop. The Desktop SSHD boots and launches applications within seconds of a solid state drive, but is more cost efficient because the combined technology leverages the cost efficiency of a hard disk drive. Adaptive Memory technology intelligently monitors the frequently used files and stores them in the solid state memory for blazing fast recall. The SATA 6Gb/s NCQ interface with 64 MB cache enables the use of the industry's latest and fastest hard drive controllers while providing backward compatibility to SATA 3Gb/s systems. The Desktop SSHD is designed to work in most desktop systems without the need for special drivers or software to install and configure. It installs and works just like a hard drive only faster. Simultaneously run multiple applications like video and photography editing, video playback and computer games. Backed by a 3 year limited warranty.