Return form will be sent to your email Id:
Want this item in next 24 hours?
Get an instant SMS with a link to download the Snapdeal App
+91
Please Enter a Valid 10 Digit Number.
Yes, Send Me A Link To The App
GET SMS
SDL306814209
{"SDL306814209":null}
Home
364, 366, 4423, 46105644, ,
/
Books
/
Academic Texts
/
Engineering Books
/
Mechanical Engineering Books
/
See You In Orbit? Our Dream Of Spaceflight
Compare Products
Clear All
Let's Compare!
Selection Error!
You have reached the maximum number of selection. You can select only upto 4 items to compare.
You have already selected this product.
OK
View Order 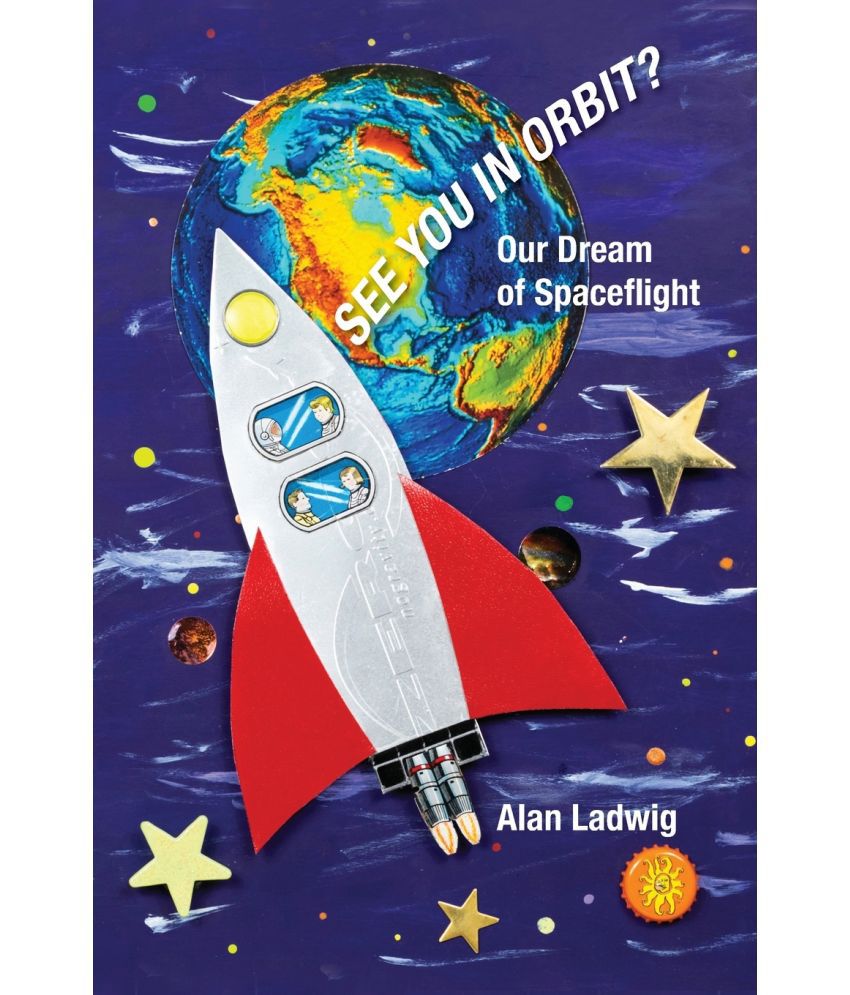 See You In Orbit? Our Dream Of Spaceflight

“The door to private and commercial human exploration of space is finally open! Generations from now, we will look back at this time as the Second Golden Age of space exploration after the moon landings 50 years ago. Few have had both a ringside seat as well as been in the ring as Alan Ladwig. This book chronicles the important but difficult change from purely government-sponsored space exploration through public private partnerships and purely commercial and private endeavors.”

“Ever dreamed of flying in space?  Me too. Alan Ladwig chronicles our deep and persistent yearnings, from pie-in-the-sky fantasy to lunar footprints, a savvy insider’s narrative of a timeless human desire. This book is your tourist rocket to the cosmos as we await the real thing.”

"Ladwig tells a rollicking good story about the dream of spaceflight from test pilot astronauts to wealthy adventure tourists. But See You in Orbit? is much more than a delightful narrative of what has already transpired. It also peers into the future to project what might be as entrepreneurial firms offer opportunities for humans to orbit far beyond the dreams of the pioneers.”

- Dr. Roger Launius, author of Reaching for the Moon: A Short History of the Space Race

“No one has captured our enthusiasm for space exploration as well as Alan. He vividly captures the sweeping story of the public’s desire to be more than observers—to be participants. This is a must-read for understanding the new generation of space visionaries and the shoulders on which all space enthusiasts stand.”

- Jeffrey Manber, former CEO of MirCorps and CEO of NanoRacks

"You will relish Alan Ladwig’s comprehensive story of our na­tion’s past and future goals and dreams to fly in space because it is told from the point of view of an accomplished NASA of­ficial. It also chronicles a personal, behind-the-scenes story of the delightfully brave and spirited first private citizen, Teacher in Space Christa McAuliffe and her dream to fly aboard the Challenger space shuttle.

Dr. June Scobee Rodgers, founding chairman of Challenger Center for Space Science Education and author of Silver Linings: My Life Before and After Challenger

"No one knows this story better than Alan Ladwig, and there is no one better to tell it, with such wit and warm wisdom."

"This fantastic book is a narrative gateway to space that tells the story of our space aspirations and sets the stage for the near future. For most of us, for now, (though changing even as you read this) it is the next best thing to being there."

See You In Orbit? Our Dream Of Spaceflight