Return form will be sent to your email Id:
Want this item in next 24 hours?
Get an instant SMS with a link to download the Snapdeal App
+91
Please Enter a Valid 10 Digit Number.
Yes, Send Me A Link To The App
GET SMS
SDL347925181
{"SDL347925181":null}
Home
217, 129, 3467, ,
/
Home Decoratives
/
Religion & Spirituality
/
Pooja Accessories
/
Shree Shukra Yantra
Compare Products
Clear All
Let's Compare!
Selection Error!
You have reached the maximum number of selection. You can select only upto 4 items to compare.
You have already selected this product.
OK
View Order 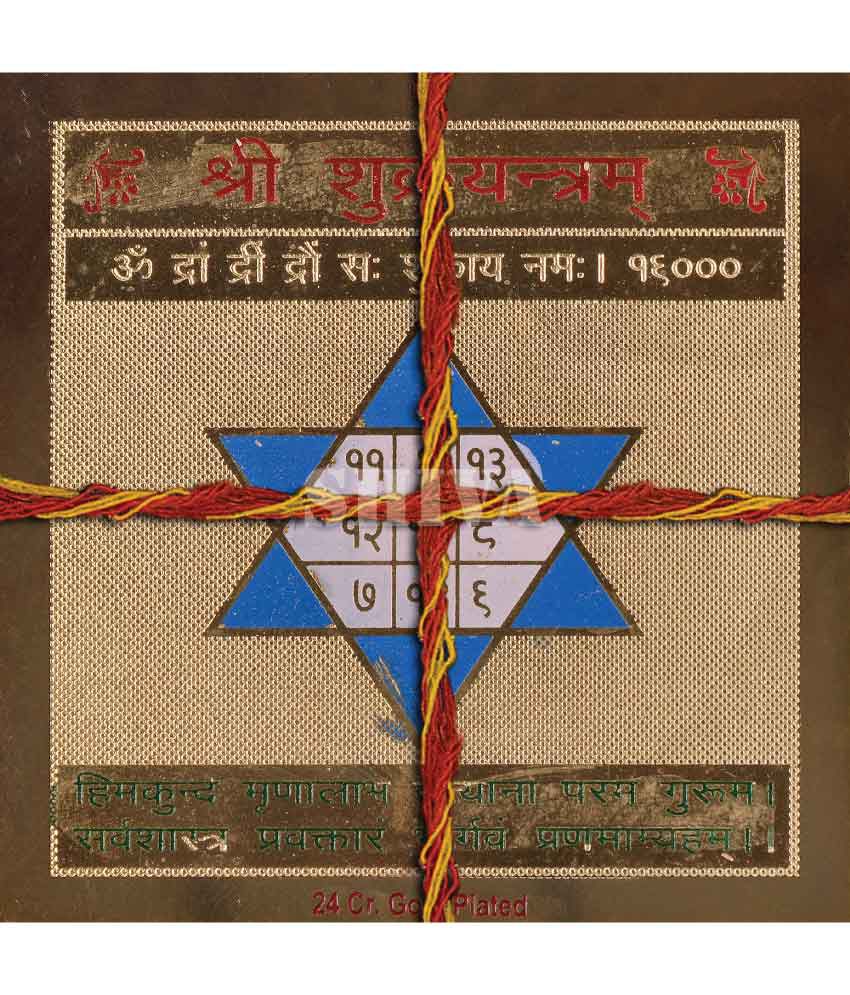 Shukra yantra an auspicious instrument use to appease the planet Venus ( shukra ). If Venus is in malefic situation in horoscope of a native, Bhojpatra Shukra (venus) yantra is recommended to remove its Malefic Effects. Yantra blesses the worshiper with Respect, Good Health, Fortune, Fame, Comforts and Luxuries in the Life. Venus ( shukra ) yantra on Bhoj patra made on every Friday in Shukla Paksha. It prepared by Specific ink (Dravya) and SPECIFIC PEN (Kalam). According to Hindu shastras, shukra is the son of "Maharishi bhragu". Shukra (venus) is the Master of Demons, so is known as "DATYAGURU" as well. VENUS is the most shining and beautiful planet in the solar system. Metal : Golden Plated on Five Metals (Panch Dhatu) Plate The Yantras energized (Pran Pratishta) through Vedic mantras along with the Homa done by designated Purohits. Disclaimer - Descriptions for products are taken from scripture, written and oral tradition. Products are not intended to diagnose, treat, cure, or prevent any disease or condition. We make no claim of supernatural effects. All items sold as curios only.