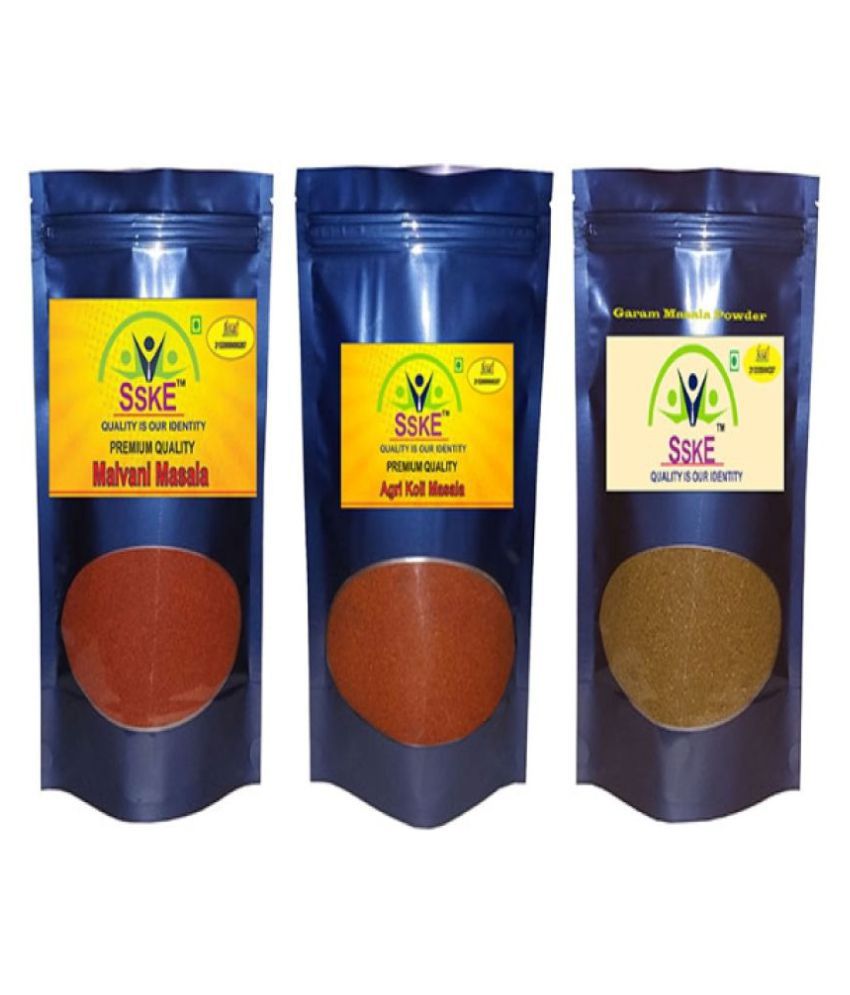 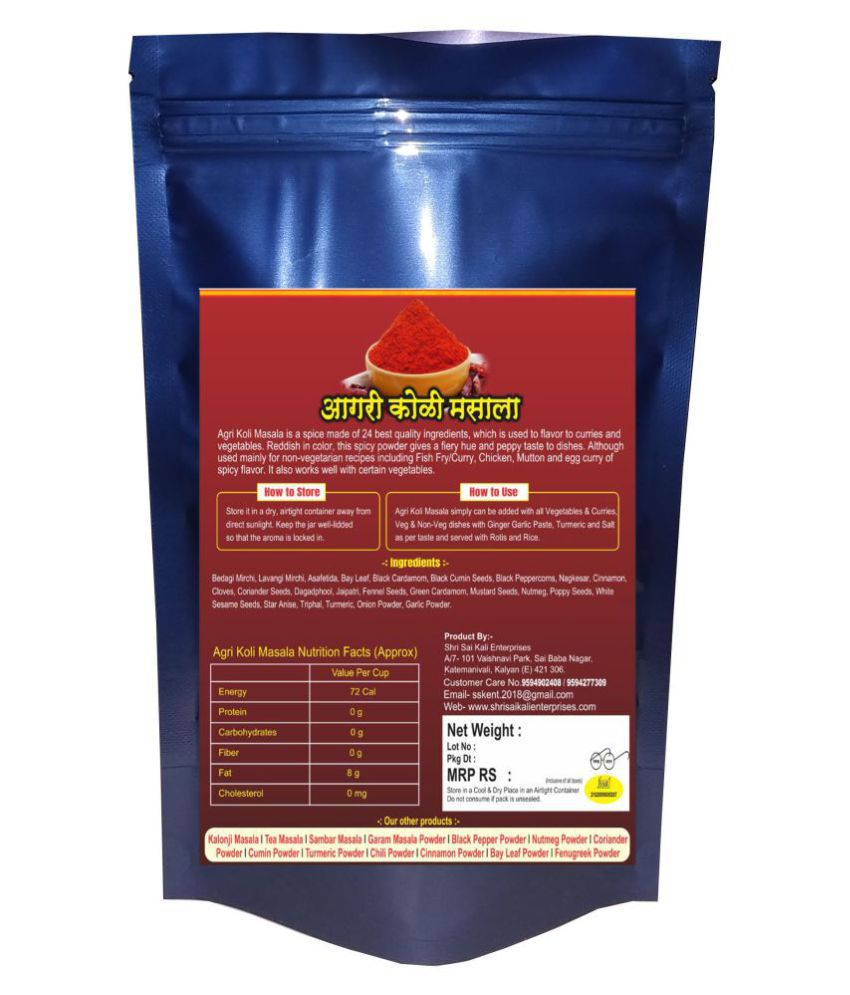 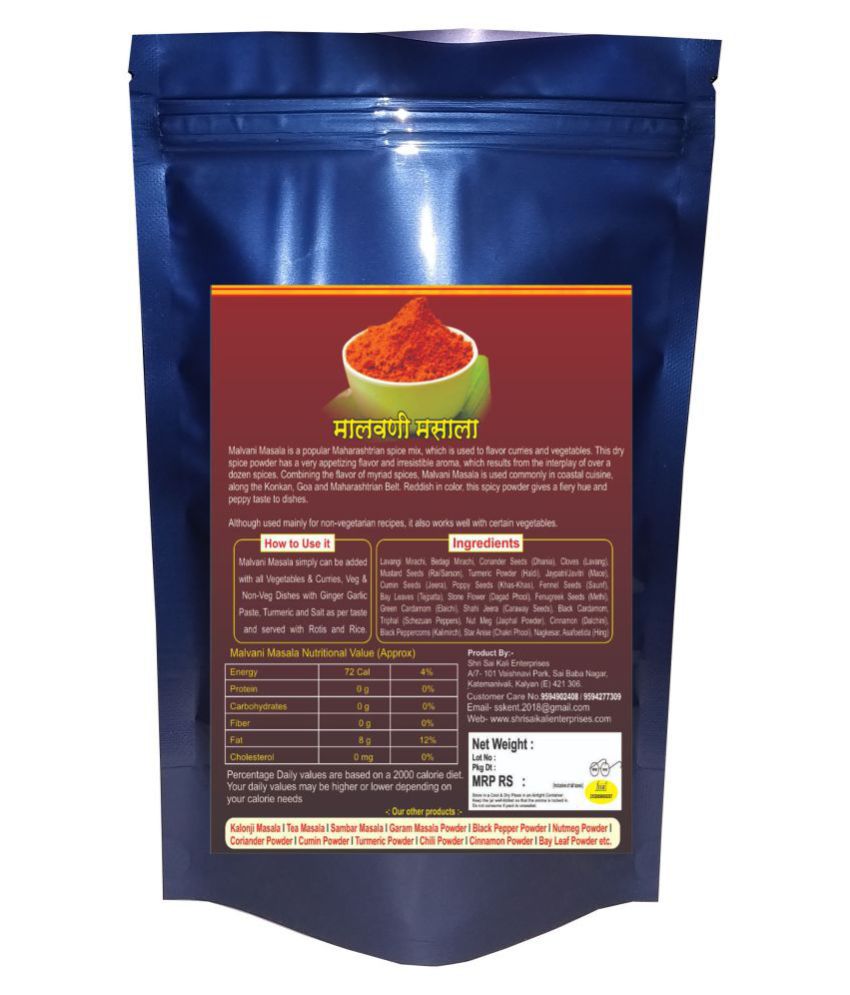 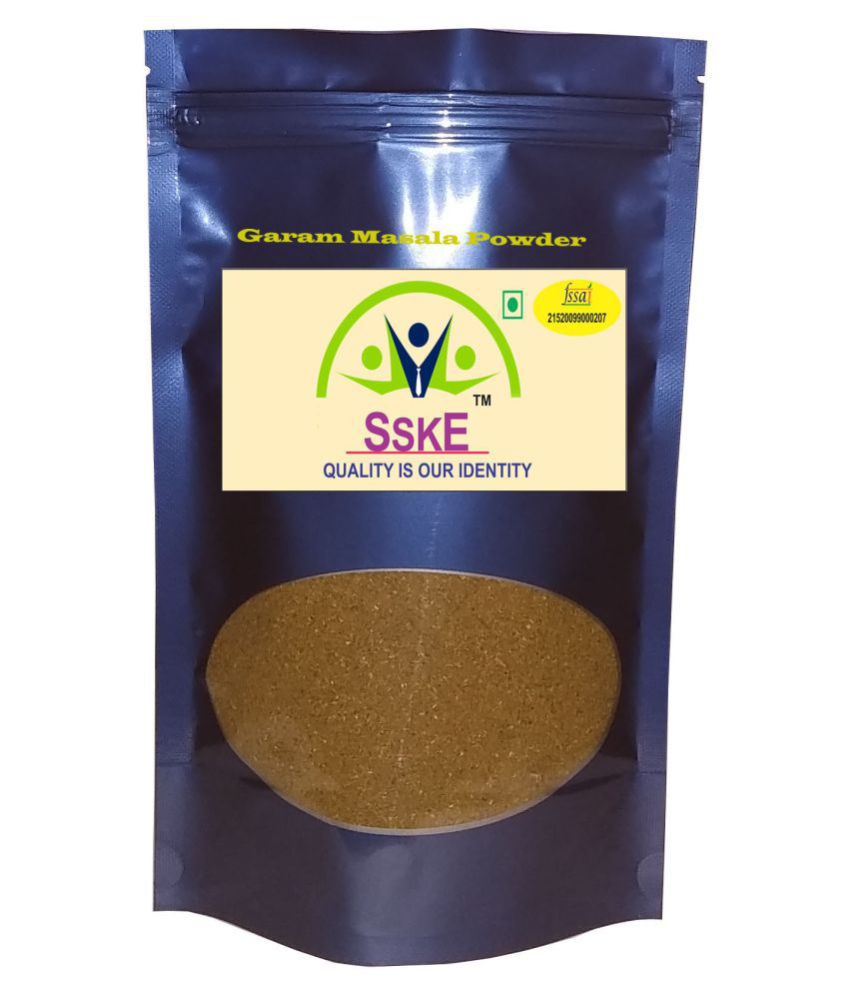 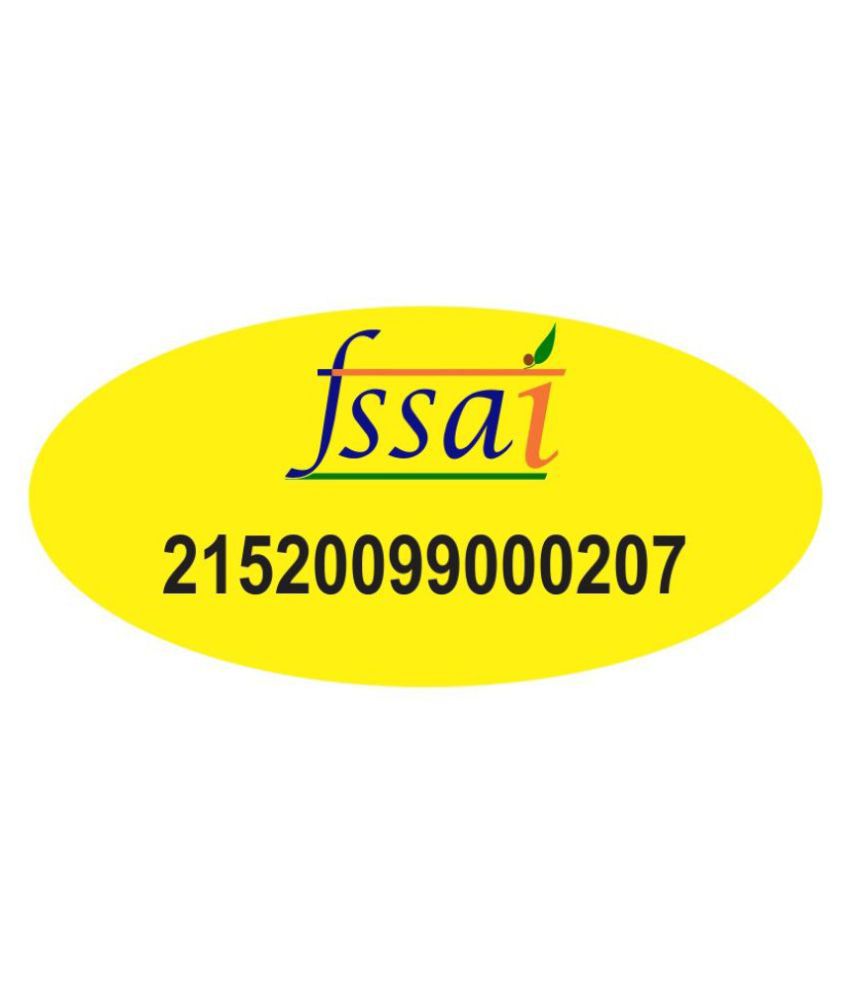 Agri Koli Masala is a spice made of 24 best quality ingredients, which is used to flavor curries and vegetables. Reddish in color, this spicy powder gives a fiery hue and peppy taste to dishes. Although used mainly for non-vegetarian recipes including Fish Fry/Curry, Chicken, Mutton and egg curry of spicy Flavor. It also works well with certain vegetables.

Malvani Masala is a popular Maharashtrian spice mix, which is used to flavor curries and vegetables. This dry spice powder has a very appetizing flavor and irresistible aroma, which results from the interplay of over a dozen spices. Combining the flavor of myriad spices, Malvani Masala is used commonly in coastal cuisine, along the Konkan, Goa and Maharashtrian Belt. Reddish in color, this spicy powder gives a fiery hue and peppy taste to dishes.

Garam Masala is a mixture of ground spices used in preparation of Indian Food. This Garam Masala Powder yields quite flavorful powder and an addition of even a small quantity brings in good flavors to any dish.


How to Use it:
1.Agri Koli Masala simply can be added with all Vegetables & Curries, Veg & Non-Veg Dishes with Ginger Garlic Paste, Turmeric and Salt as per taste and served with Rotis and Rice.

2. Malvani Masala simply can be added with all Vegetables & Curries, Veg & Non-Veg Dishes with Ginger Garlic Paste, Turmeric and Salt as per taste and served with Rotis and Rice.