Sorry! The St Albans Chronicle is sold out. 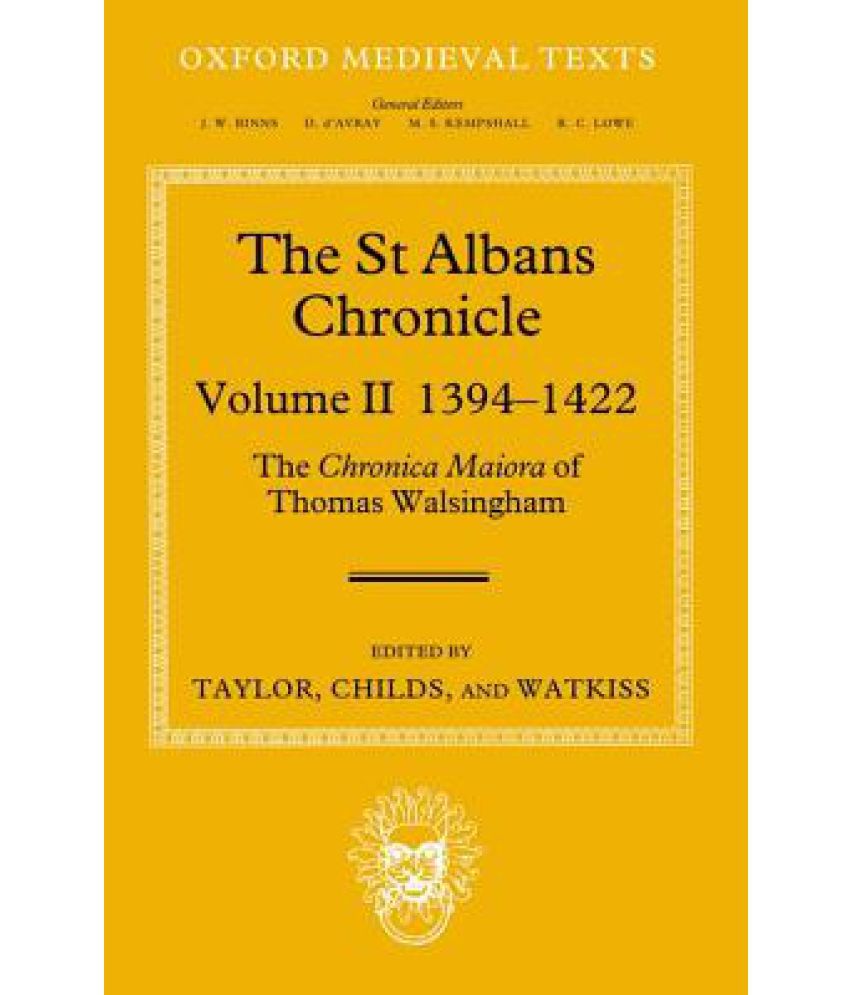 This product has been sold out
serviceCentreDetails
Be the first to review
Have a question?
pay
Rs  23,362
We will let you know when in stock
notify me
Thank you for your interest

Thomas Walsingham, a monk of St Albans, has been described as the last of the great medieval chroniclers. His major work, the Chronica maiora, covers the years 1376-1422, and is arguably the most important account of English history to be written in England at this time. Walsingham's text has never been published as a continuous whole. It is found in no fewer than three separate publications in the Rolls Series, and was printed from manuscripts whose exact identity was not then clearly understood. The nature of the Rolls Series publications, and the different versions of the chronicle have raised questions concerning the relationship of the various manuscripts of the Chronica maiora, and also of Walsingham's own involvement with the text. In this new edition these problems are considered and the Chronica maiora is shown to be predominantly the work of one man, Thomas Walsingham.
Volume II of the St Albans Chronicle (1394-1422) now completes the edition. Drawing on the text in Bodley 462 and confirming the work of V. H. Galbraith, the editors make clear that the Annales Ricardi Secundi et Henrici Quarti (regarded in the Rolls Series as a separate chronicle) were an integral part of the Chronica maiora. They also argue that, while Walsingham's contribution as author in the later years was much smaller than in the years to 1393 (when he was without doubt the sole author), it is most likely that he supervised the whole work; and at times, as in the vivid and dramatic descriptions of the battles of Shrewsbury and of Agincourt, his own style is again apparent.
The chronicle is of the greatest historical value for Richard II's last years and for his deposition and the accession of Henry IV. It is wholly in favour of the Lancastrian revolution of 1399 and remains 'Lancastrian' in tone to its end. It illustrates (with sympathy) Henry's difficulties in establishing the dynasty and includes unique material on his relations with his son. For Henry V's reign it provides valuable details of his Norman campaigns. Over both reigns St Albans' hatred of Lollardy and its interest in the healing of the Great Schism are apparent in the coverage given them. In the later years, the extent of the commentary on events decreases, but the information available at St Albans and written here continues to be of a high order. The chronicle remains absorbing right to its end.

1.
"The editors have at long last provided scholars with a single, unified text of this important chronicle...Quite apart, then, from the overall importance of this most welcome edition of the St. Albans chronicle, some of its conclusions invite further discussion and reconsideration."--The Catholic Historical Review