Return form will be sent to your email Id:
Want this item in next 24 hours?
Get an instant SMS with a link to download the Snapdeal App
+91
Please Enter a Valid 10 Digit Number.
Yes, Send Me A Link To The App
GET SMS
SDL490076374
{"SDL490076374":null}
Home
364, 366, 4426, 46105513, ,
/
Books
/
Academic Texts
/
Law Books
/
Bar Exams Books
/
Strengthening Governance through Access to Justice
Compare Products
Clear All
Let's Compare!
Selection Error!
You have reached the maximum number of selection. You can select only upto 4 items to compare.
You have already selected this product.
OK
View Order 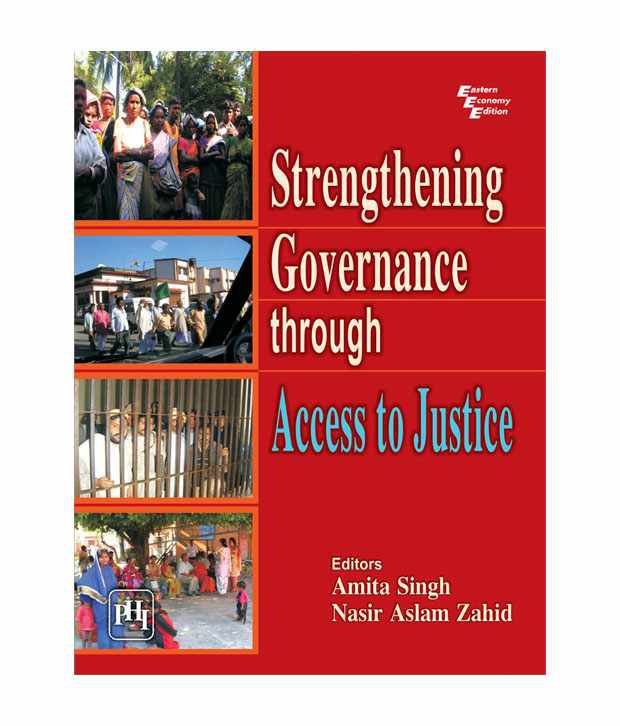 This book tries to reunite and rebuild faith in public institutions by highlighting the availability of judicial remedies for the poor and the excluded in South Asia. The central idea of this book is the inevitable link between judicial capacity and good governance. It critically discusses the state of 'access to justice' to the poor and addresses the problems of various structures and procedures approached by the poor to seek justice. The formal system remains locked in the whimsical fantasies of the lawyers and the state structure which aborts the rule of law for the privileged and works in open defiance of the increasing disempowerment of the poor due to an overwhelming judiciary.

This book highlights the growing need for restorative justice as against retributive and thus emphasizes a more intensive action research in alternative dispute resolution systems (ADRs). This argument is further developed to assess the competence of many people's led informal institutions of judiciary such as Saalish in Bangladesh, Jirgas in Pakistan or Lok Adalats in India. The book is also radical in its approach towards the use of alternative dispute resolution systems to support marginalized communities, including women in distress, through mediation and arbitration which are gaining a new intellectual space in justice discourse.

This book is an indispensable guide to administrators, and social scientists interested in governance and legal research. It would also be useful for those working in the non-state sector of pro-poor reforms.