Sorry! Symmetry and Its Discontents is sold out. 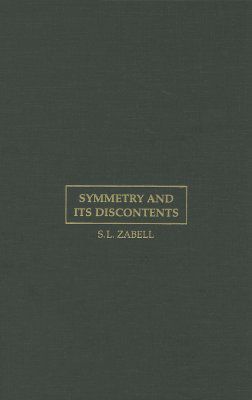 Symmetry and Its Discontents

This product has been sold out
serviceCentreDetails
Be the first to review
Have a question?
pay
Rs  6,150
We will let you know when in stock
notify me
Thank you for your interest

This volume contains essays on the history and philosophy of probability and statistics.

This volume brings together a collection of essays on the history and philosophy of probability and statistics by an eminent scholar in these subjects. Written over the last fifteen years, they fall into three broad categories. The first deals with the use of symmetry arguments in inductive probability, in particular, their use in deriving rules of succession. The second group deals with three outstanding individuals who made lasting contributions to probability and statistics in very different ways. The last group of essays deals with the problem of "predicting the unpredictable."