Return form will be sent to your email Id:
Want this item in next 24 hours?
Get an instant SMS with a link to download the Snapdeal App
+91
Please Enter a Valid 10 Digit Number.
Yes, Send Me A Link To The App
GET SMS
SDL770253284
{"SDL770253284":null}
Home
364, 378, 4472, ,
/
Books
/
Hobby & Craft Books
/
Travel Books
/
Terrorism Miscellany
Compare Products
Clear All
Let's Compare!
Selection Error!
You have reached the maximum number of selection. You can select only upto 4 items to compare.
You have already selected this product.
OK
View Order 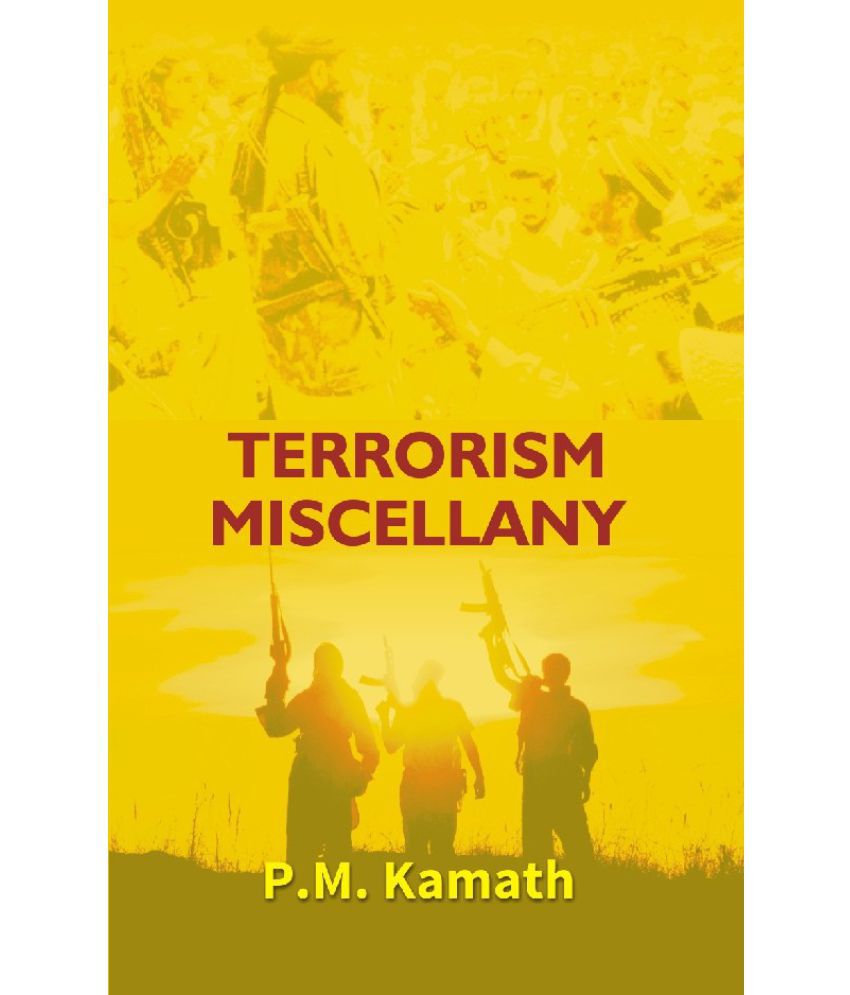 ABOUT THE BOOK:- Terrorism is the greatest challenge to Indian National Security today. Threat of terrorism has been in the process of growth in the South Asian region since 1979 after the Soviet military intervention in Afghanistan. In this Terrorism Miscellany author through sixty articles discusses various facets of terrorism. Terrorism Miscellany takes readers from the beginning to right up to the Modi government's handling of terror attack on Pathankot Airbase in January 2016; and Rajnath Singh's visit to Islamabad to attend SAARC Home Minister's Conference in Islamabad in August 2016 to highlight the fact that terrorists can under no circumstances be considered as patriots. While terrorism is the main theme, Miscellany has also two sub themes: How Pakistan is using it to grab J & K's territory, beyond illegally held PoK and, second highlights US policy of 'Double Speak' over the period. It highlights failures of various governments in fully comprehending the gravity of the threat since the beginning as seen in considering it as raised by “misguided boys” in the 1980s and the 1990s. Today Pakistan is not only the epicenter of cross border terrorism against India but is also the Global University to train and promote terrorists. Author makes several suggestions to effectively tackle the threat of terror. What stands out as the most important recommendation is his suggestion to treat terrorism as an act of war against India—and not an issue of law and order—and act accordingly. The book should be of considerable interest to every citizen interested in contemporary national security issues. It is a handy guide to policy-makers, diplomats and current political leaders and aspiring ones.

Dr. P. M. Kamath is the Chairman and Hon. Director of VPM’s Centre for International Studies (Regd.), Mumbai, affiliated to Mumbai University. He retired as Professor of Politics from Bombay University after twenty five years of distinguished service. He has authored/edited twenty books and published over a hundred research papers in National and International journals. Dr. Kamath is an authority on national security, security policy-making in the US and India and International Politics. He was recipient of many research fellowships in India and abroad. He was awarded Fulbright fellowship twice; first time to work in the School of Advanced International Studies, John Hopkins University, Washington, DC and the second time in the National Security Studies Program me, Georgetown University, Washington, D.C. Currently he is also the Managing Trustee of Indian Association of American Studies and Adjunct Professor, Department of Geopolitics and International Relations in Manipal University, Manipal.