Sorry! The Bazaar of Bad Dreams by Stephen King Paperback English is sold out. 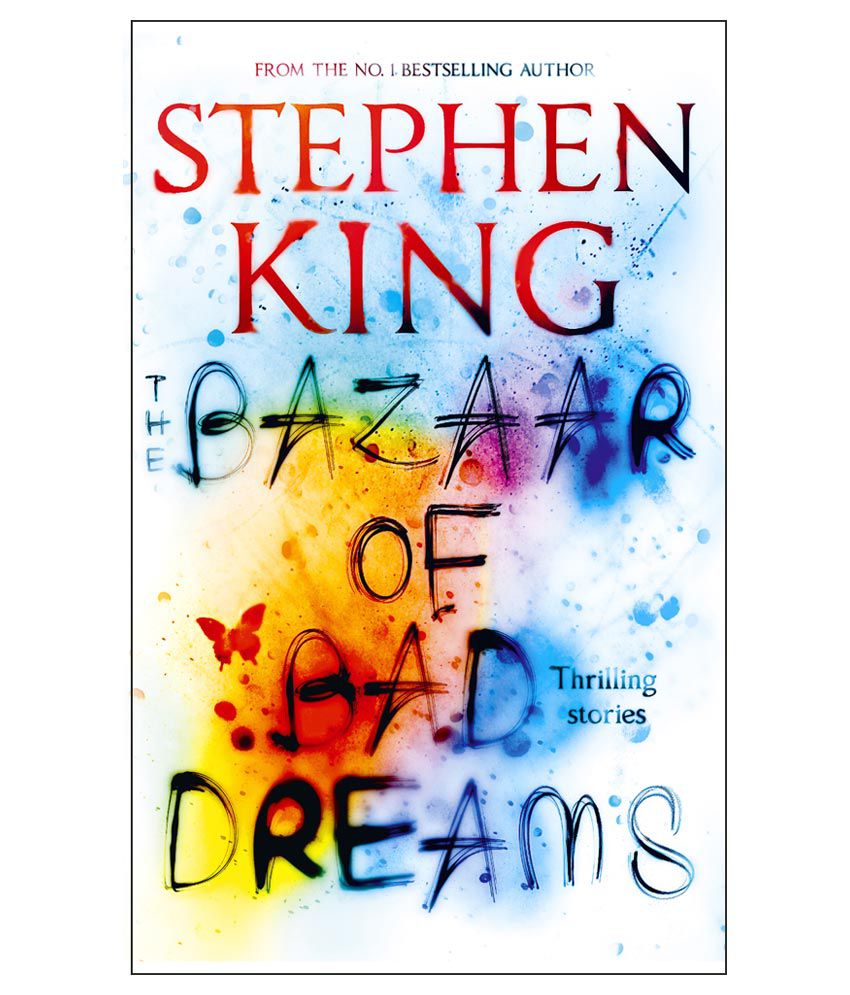 The Bazaar of Bad Dreams by Stephen King Paperback English

This product has been sold out
serviceCentreDetails
4.0 4 2 (4.0) 4 Ratings 2 Reviews Have a question?
pay
Rs  399
We will let you know when in stock
notify me
Thank you for your interest

A generous collection of thrilling stories - some brand new, some published in magazines, all entirely brilliant and assembled in one book for the first time - with a wonderful bonus: in addition to his introduction to the whole collection, King gives readers a fascinating introduction to each story with autobiographical comments on their origins and motivation. . . The No. 1 bestselling writer has dazzled readers with his genius as a writer of novellas and short story fiction since his first collection Night Shift was published. He describes the nature of the form in his introduction to the book: 'There's something to be said for a shorter, more intense experience. It can be invigorating, sometimes even shocking, like. . . a beautiful curio for sale laid out on a cheap blanket at a street bazaar. ' In the Bazaar of Bad Dreams there is a curio for every reader - a man who keeps reliving the same life, repeating the same mistakes over and over again, a columnist who kills people by writing their obituaries, a poignant tale about the end of the human race and a firework competition between neighbors which reaches an explosive climax. There are also intriguing connections between the stories; themes of morality, guilt, the afterlife and what we would do differently if we could see into the future or correct the mistakes of the past. Effervescent yet poignant, juxtaposing the everyday against the unexpected, these stories comprise one of King's finest gifts to his constant reader as well as to those fascinated by the autobiographical insights in his celebrated nonfiction title On Writing 'I made them especially for you', says King. 'Feel free to examine them, but please be careful. The best of them have teeth. '

Stephen king is the author of more than fifty books, all of them worldwide bestsellers. His recent work includes doctor sleep, revival and mr mercedes, winner of the prestigious edgar award for best novel. Many of his books have been turned into successful films or tv series including under the dome, the shawshank redemption, carrie and misery.King is the recipient of the 2003 national book foundation medal for distinguished contribution to american letters. He lives in bangor, maine, with his wife, novelist tabitha king.