Return form will be sent to your email Id:
Want this item in next 24 hours?
Get an instant SMS with a link to download the Snapdeal App
+91
Please Enter a Valid 10 Digit Number.
Yes, Send Me A Link To The App
GET SMS
SDL214327171
{"SDL214327171":null}
Home
364, 375, 46102936, ,
/
Books
/
Competitive Exams
/
Civil Services Exams
/
The Current Affairs Yearbook 2018 for Competitive Exams - UPSC/ State PCS/ SSC/ Banking/ Insurance/ Railways/ BBA/ MBA/ Defence - 3rd Edition
Compare Products
Clear All
Let's Compare!
Selection Error!
You have reached the maximum number of selection. You can select only upto 4 items to compare.
You have already selected this product.
OK
View Order 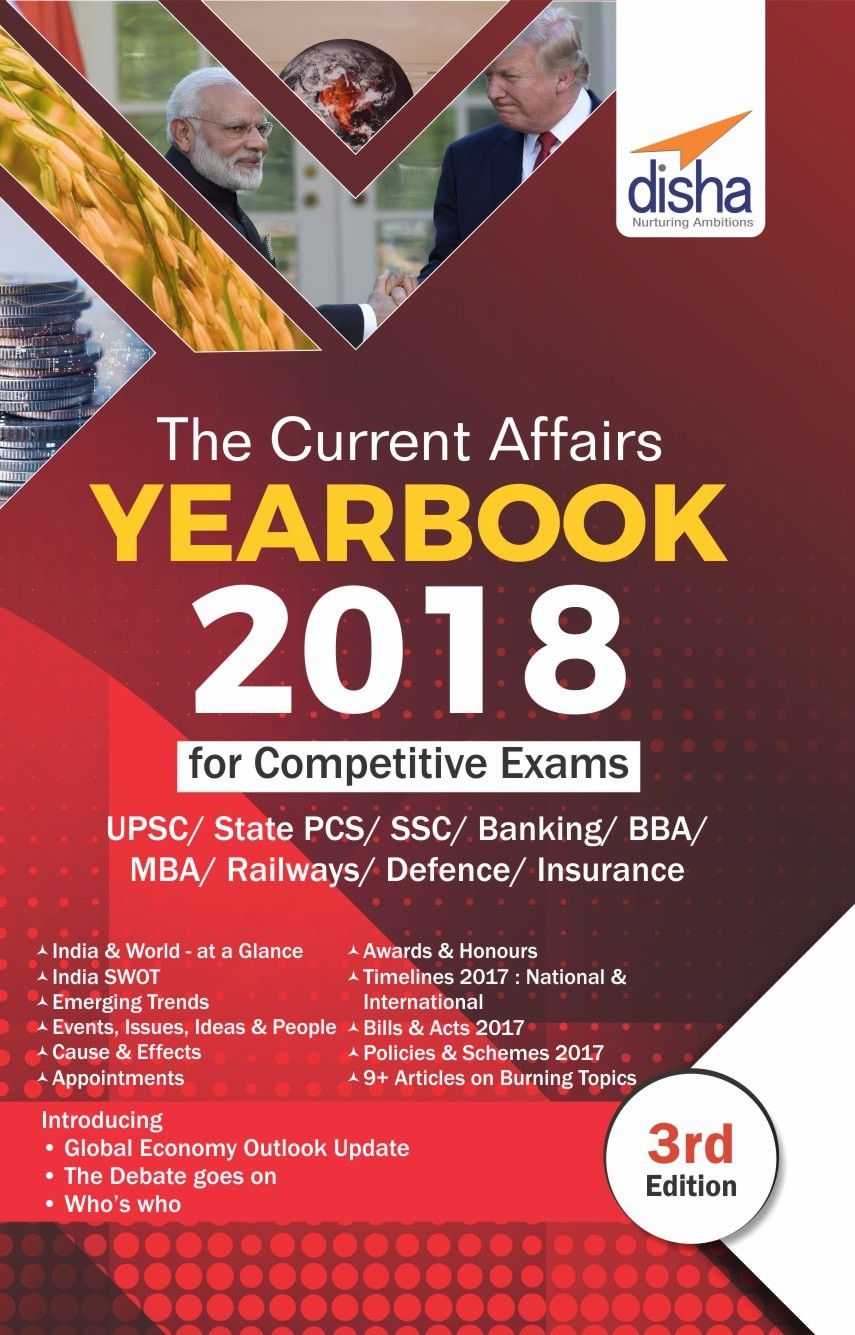 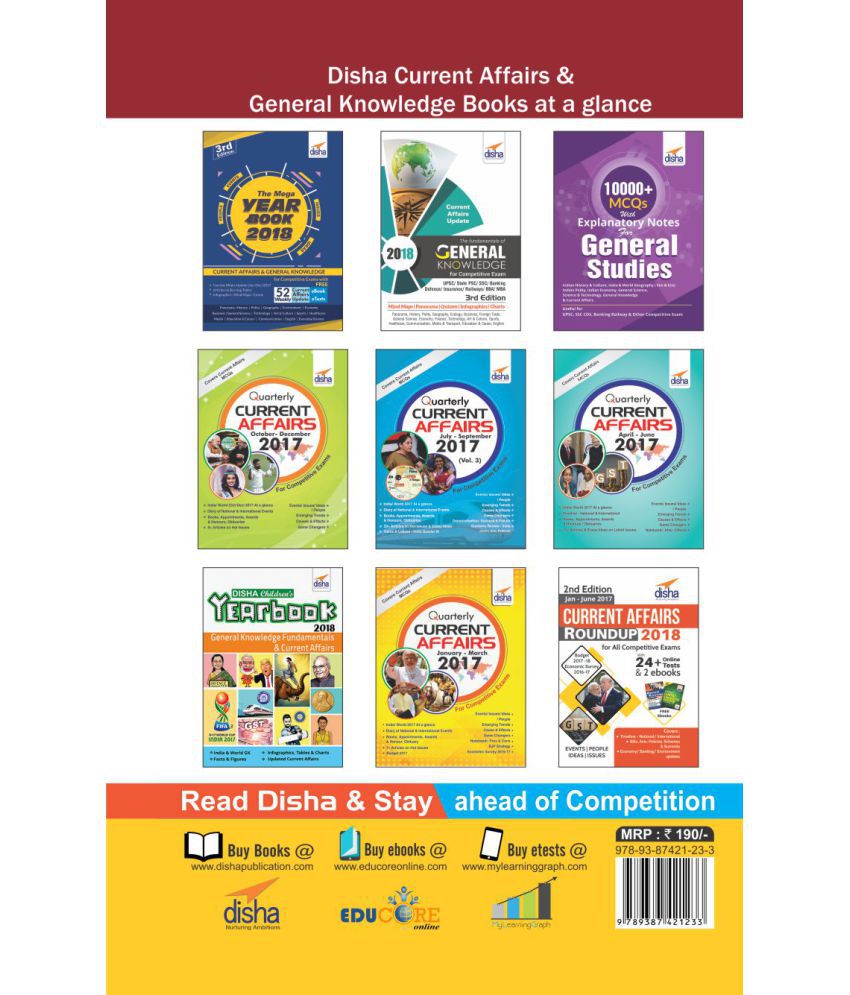 The thoroughly updated 3rd edition of the book Current Affairs 2018 captures the Most Important Events, Issues, Ideas & People of 2017 in a very lucid ans student friendly manner. It is essential for aspirants to keep themselves updated as just knowing things can get them more marks in such exams. Moreover Current Affairs prove to be very important tool to handle GD and PI.
It comes in handy for the aspirants of UPSC, SSC, Banking, Insurance, Railways, Engg. Services and AFCAT etc. Infographics, Charts and MindMaps have facilitated information quickly and clearly. The information provided is in line with the analysis of previous years' competitive exams papers which will help aspirants update on all happenings across India and the world.
Salient Features of the book:
• Global Economic Outlook.
• The India - SWOT Analysis - covers the social, political & economic aspects.
• Timeline 2017 - covering the timeline of important dates from Jan - Dec 2017 of India and the World.
• Bills & Acts - Provides features and details of the bills and acts that were passed in 2017.
• Policies & Schemes - Provides features and details of the policies and schemes that were launched in 2017.
• Top 500 - covering the Top 500 People, Events, Ideas and Issues that raised their head in 2017.
• Analytical Articles - capturing the hottest of the issues of 2017.
• Emerging Trends features the most significant news that captured the attention of people.
• Cause & Effects illustrates the causes and effects of the various things that occurred in 2017.