Return form will be sent to your email Id:
Want this item in next 24 hours?
Get an instant SMS with a link to download the Snapdeal App
+91
Please Enter a Valid 10 Digit Number.
Yes, Send Me A Link To The App
GET SMS
SDL949811120
{"SDL949811120":null}
Home
364, 366, 4423, 46105644, ,
/
Books
/
Academic Texts
/
Engineering Books
/
Mechanical Engineering Books
/
The Dining Car
Compare Products
Clear All
Let's Compare!
Selection Error!
You have reached the maximum number of selection. You can select only upto 4 items to compare.
You have already selected this product.
OK
View Order 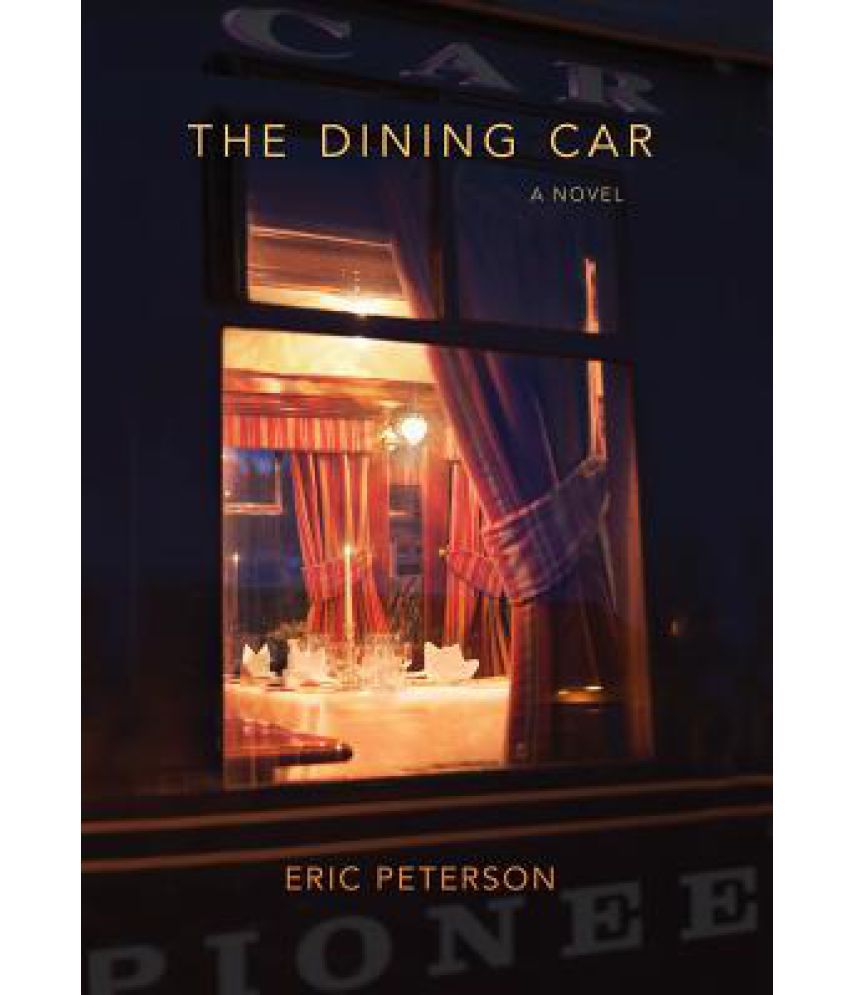 In search of his true calling, former college football star Jack Marshall enlists as bartender and steward aboard Horace Button's vintage private railroad car, the Pioneer Mother, which is transporting the legendary food writer and social critic across the country in opulent style.

In his second novel, author Eric Peterson dishes up a riotous spectacle of self-absorbed chefs, backstabbing politicians, and devious publishing magnates, set against a backdrop of haute cuisine, presidential politics, and an endless supply of top-shelf liquor and wine.

Fresh from a public humiliation and in search of his true calling, former college football star Jack Marshall enlists as bartender and steward aboard Horace Button's vintage private railroad car, the Pioneer Mother, which is transporting the legendary food writer and social critic across the country in opulent style.

Decked out in a white jacket, mixing perfect cocktails, Jack is immersed in a style of living -- and dining -- he'd assumed was extinct. While striving to appease the eccentric, finicky Horace, and Wanda, the Pioneer Mother's enigmatic chef, Jack falls under the spell of Giselle Lebeau, a gorgeous celebrity chef whose designs on him test his self-control amd his loyalty.

But when tragedy rocks Horace's insulated white-linen world, Jack must take charge of a simmering stew of quirky yet powerful personalities -- all while staying in Wanda's good graces and keeping an eye on their newest passenger.

A story of service, serendipity, and second chances, The Dining Car is.more than a mouthwatering read -- it's a marvelous, exuberant work of fiction.

1. "I was taken across the country, learned about some of the buffoons who populate Washington, fell in love with two ladies, filled my belly with mouthwatering gourmet food and high-class liquid refreshments, and enjoyed the antics of an admirable young man who learns about life and love, all in a luxurious dining car. A glimpse into a life we all dream about, it's also an entertaining, engaging read with a deft touch of humor." -- Rick Browne, host of PBS' "Barbecue America" and author of 17 books on cooking, travel, restaurants, and the good life "Though set in contemporary time, The Dining Car reads like history, due to the near-cinematic attention to detail on every page -- not just the small architectural touches that can be found on a vintage private railcar, but fabulous descriptions of fine cuisine and top-notch wines. I appreciated the interplay between a well-known food writer and a celebrity chef, and found myself nodding at the oh-so-familiar magazine staff infighting. The plot is well paced, and the many colorful characters feel as real as the cross-country train journey. The Dining Car is a damn fine novel." -- Thomas Shess, San Diego Home/Garden Lifestyles "The Dining Car is an unforgettable tale of Horace Button, a Falstaffian character whose appetite for food and drink is without bounds. With his wickedly sharp tongue, Button dismisses family, friends, and total strangers with equal abandon. In the tradition of Wallace Stegner's Angle of Repose, Eric Peterson links California with the East Coast as Button journeys across the country with his butler and chef in their elegantly appointed railroad car. The Dining Car will be devoured with relish by all who appreciate good food, and the voice of Horace Button will long linger in the ear of its readers." -- William Ferris, author of The South in Color: A Visual Journey "The Dining Car's appeal lies in probing Jack's evolving life, which reaches out to embrace a puzzlingly foreign world right in his own country. Readers who appreciate novels of growth and discovery on different levels which delve into the lives of the rich and expose undercurrents of agony and angst will find The Dining Car a vivid, engrossing novel that's hard to put down." -- Diane Donovan, Reviewer's Choice, Donovan's Bookshelf