Return form will be sent to your email Id:
Want this item in next 24 hours?
Get an instant SMS with a link to download the Snapdeal App
+91
Please Enter a Valid 10 Digit Number.
Yes, Send Me A Link To The App
GET SMS
SDL976595423
{"SDL976595423":null}
Home
364, 375, 46102936, ,
/
Books
/
Competitive Exams
/
Civil Services Exams
/
The Economy Compendium for IAS Prelims General Studies CSAT Paper 1, UPSC & State PSC 2nd Edition
Compare Products
Clear All
Let's Compare!
Selection Error!
You have reached the maximum number of selection. You can select only upto 4 items to compare.
You have already selected this product.
OK
View Order 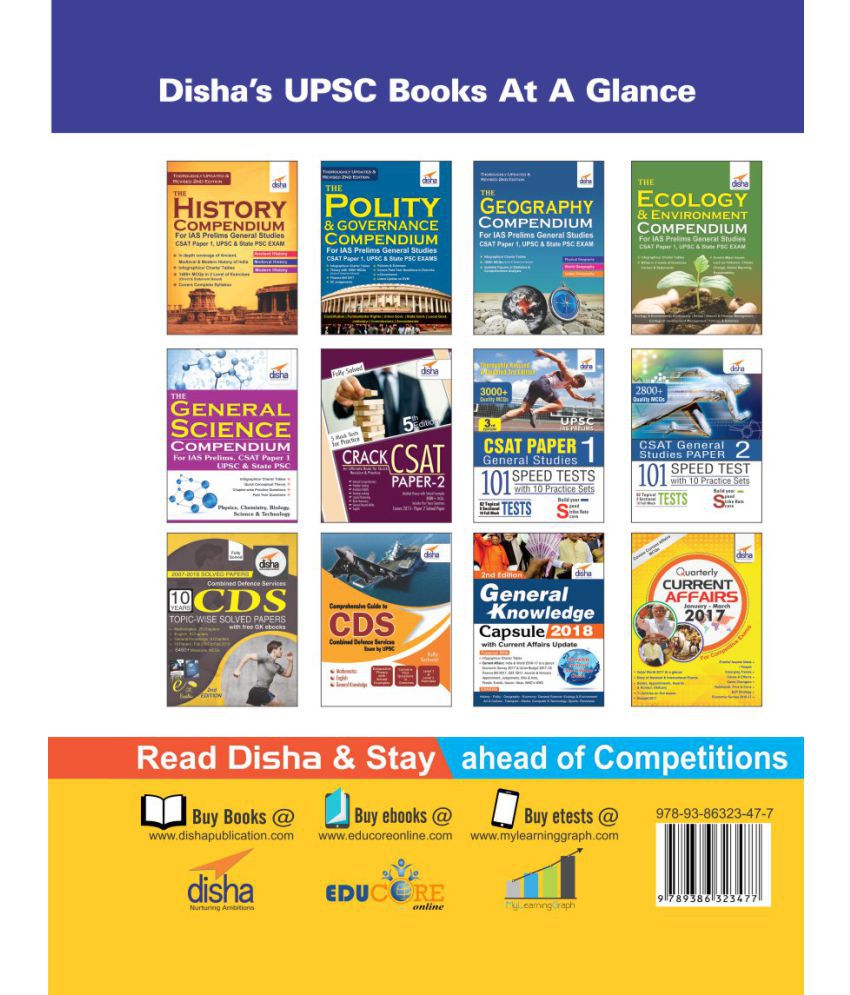 The thorouhghly revised & updated 2nd edition of the book “The Economy Compendium” has been updated with all the recent developments happened in the economic sphere. Special emphasis has been given to Demonetisation, GST, Budget 2017-18, National Economic Survey and Digital Economy. New chapters on Digital Economy and GST, Welfare Schemes / Program, World Economy have been added. The book is empowered with Mind Maps, Infographics, Charts, Tables and latest exam pattern MCQs. The emphasis of the book has been on conceptual understanding and better retention which are important from the point of view of the exam. The book captures most of the important questions with explanations of the past years of the IAS Prelim exam, State PSC, NDA and other competitive exams distributed in the various chapters. The book is divided into 11 chapters followed by 2 levels of exercises with 1000+ Simple MCQs & statement based MCQs.