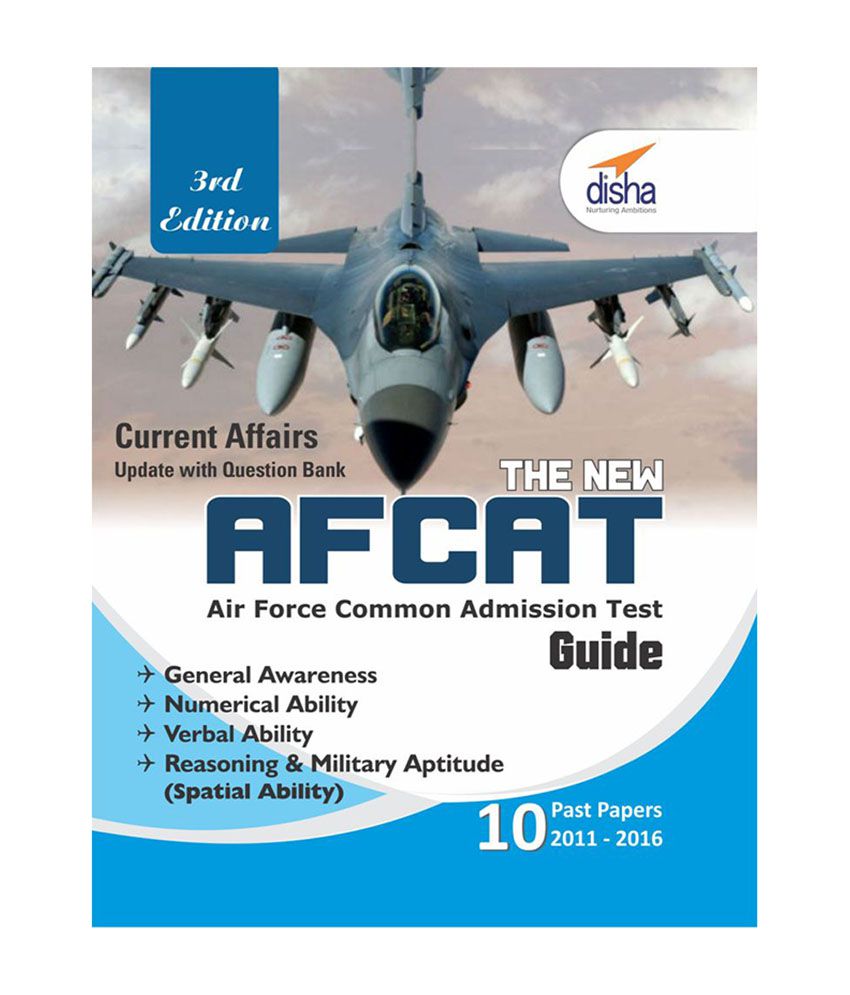 This product has been sold out
serviceCentreDetails
3.8 48 3 (3.8) 48 Ratings 3 Reviews Have a question?
pay
Rs  504
We will let you know when in stock
notify me
Thank you for your interest

Synopsis
The book "The new AFCAT Guide with 10 past papers (2011 - 2016)" has been written exclusively for the Air Force Common Admission Test, conducted by the Indian Air Force, strictly according to the latest exam pattern.
The book has been prepared strictly according to the questions asked in the past 10 AFCAT tests held from 2011 to 2016. No other book in the market covers all the variety of questions as asked in the previous AFCAT tests.
The Salient Features of the Book are:
•        The book covers the past 10 AFCAT papers held from 2011 to 2016.
•        The theory portion consists of 4 Comprehensive Sections on: General Awareness, Verbal Ability in English, Numerical Ability, Reasoning and Military Aptitude Test (including Spatial Reasoning).
•        Detailed theory along with solved examples and short-cuts to solve problems;
•        The Verbal Ability in English section also covers the Cloze Test as asked in the past exam.
•        The General Awareness section (thoroughly updated) covers questions on Current Affairs, Sports, Defence, History, Geography, General Politics, Basic Science, Arts & Culture etc.
•        The Reasoning and Military Aptitude section includes Verbal and Non-verbal Reasoning, Spatial Ability, Rotated Blocks, Hidden Figures etc..
•        An exhaustive question bank has been provided at the end of each chapter in the form of an exercise. Solutions to the exercise have been provided at the end of each chapter.This book is a must read.