Return form will be sent to your email Id:
Want this item in next 24 hours?
Get an instant SMS with a link to download the Snapdeal App
+91
Please Enter a Valid 10 Digit Number.
Yes, Send Me A Link To The App
GET SMS
SDL302356102
{"SDL302356102":null}
Home
364, 385, 4549, ,
/
Books
/
Reference Books
/
Dictionaries
/
The Penguin Dictionary Of Economics: Eighth Edition
Compare Products
Clear All
Let's Compare!
Selection Error!
You have reached the maximum number of selection. You can select only upto 4 items to compare.
You have already selected this product.
OK
View Order 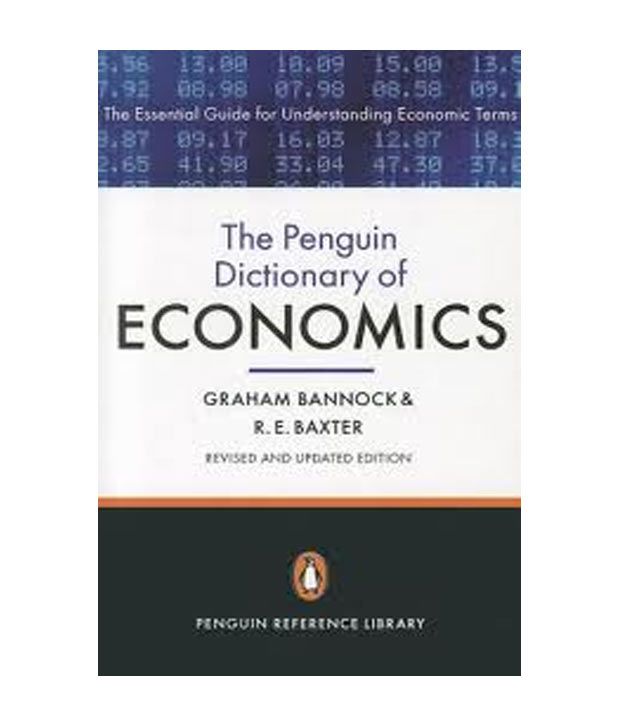 The indespensible guide to economic terms, fully revised and updated to explain the vocabulary of the recession The Penguin Dictionary of Economics explains a host of economic terms, from acceleration principle to venture capital, Euro to Xâefficiency, globalization to zeroâsum game. The eighth edition has been fully revised and updated to include those terms that have become so familiar since the global recession begun ("quantitative easing" and "subâprime" among them), but whose meaning escapes most of us. Wideâranging and accessible, this detailed practical and international guide will be indispensable for students of
economics and professionals (in business, finance, or the public sector), and for anyone wishing to follow economic discussions in the media today.

Graham Bannock has had a varied career as a soldier, market researcher, economist and writer. He has travelled widely as a consultant for the World Bank, the OECD, several governments and multinational companies. Graham worked for the Rover Company in the 1950s and 1960s as was closely involved in the conception and development of the Range Rover now an enormously successful four-wheel drive under the new company owners Tata. Movies have been an enduring passion and have also resulted in a book, Hollywood Lives, available on amazon.com. Much of his written work has been on business economics and his textbook, The Penguin Dictionary of Economics written with R.E.Baxter is a best seller and has been in print for well over 40 years. He lives in Hampshire, United Kingdom.