Sorry! The Science of James Bond: From Bullets to Bowler Hats to Boat Jumps, the Real Technology Behind 007's Fabulous Films is sold out. 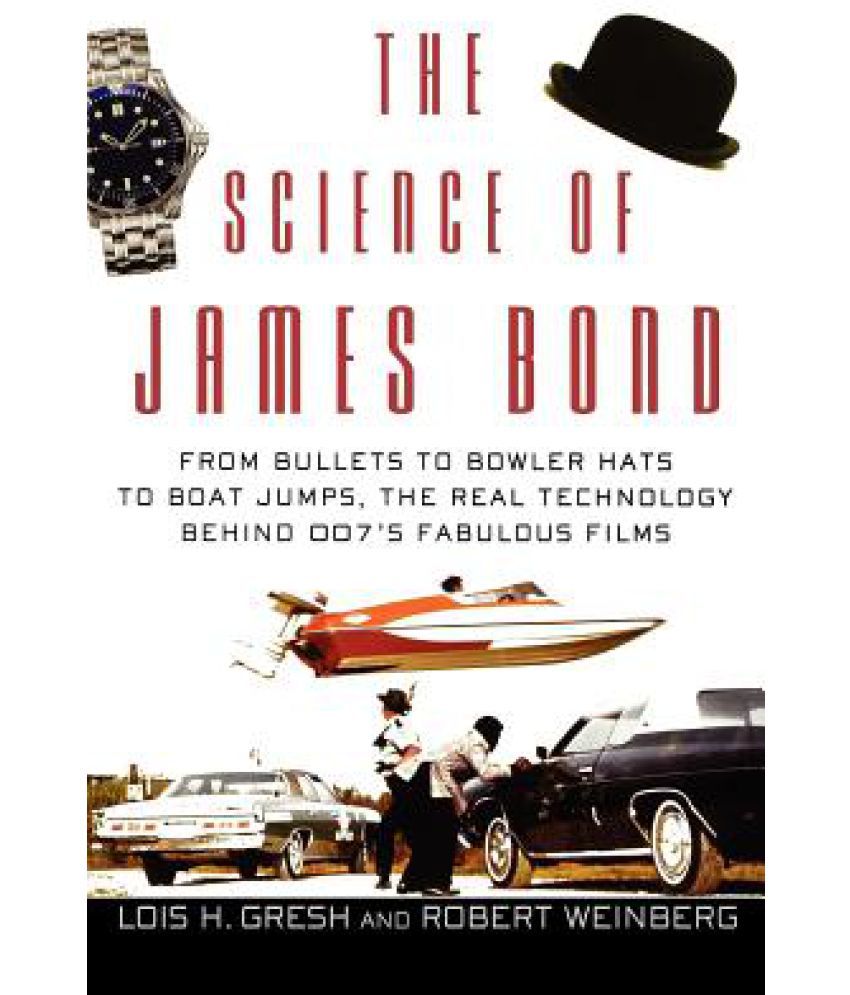 The Science of James Bond: From Bullets to Bowler Hats to Boat Jumps, the Real Technology Behind 007's Fabulous Films

This product has been sold out
serviceCentreDetails
Be the first to review
Have a question?
pay
Rs  783
We will let you know when in stock
notify me
Thank you for your interest

The science behind the gadgets, exploits, and enemies of the world's greatest spy

From the sleek Aston Martin that spits out bullets, nails, and passengers at the push of a button to the microjet that makes hairpin turns to avoid a heat-seeking missile, the science and technology of James Bond films have kept millions of movie fans guessing for decades. Are these amazing feats and gadgets truly possible?

"The Science of James Bond" takes you on a fascinating excursion through the true science that underlies Bond's most fantastic and off-the-wall accoutrements. The acclaimed science-fiction authors Lois Gresh and Robert Weinberg provide a highly entertaining, informative look at the real-world achievements and brilliant imaginations behind such singular Bond gadgets as the buzz-saw Rolex, the car that turns into a submarine, and the ever-popular rocket-firing cigarette. They examine hundreds of Q Division's ingenious inventions; analyze Bond's astonishing battles beneath the earth and sea, in the skies, and even in outer space; and ask intriguing questions that lead to enlightening discussions about the limits of science, the laws of nature, and the future of technology.

Filled with entertaining anecdotes from Bond movie shoots and supplemented with "tech" ratings for all of the Bond movies, "The Science of James Bond" separates scientific fact from film fantasy--with some very surprising results.

Lois H. Gresh is the "New York Times" bestselling author of many books, including "The Twilight Companion", "The Hunger Games Companion", and other fans' guides, as well as science fiction novels and stories. She lives in upstate New York.

Robert Weinberg is the author of more than twenty-five books, many of them dealing with science and pop culture. A graduate of Stevens Institute of Technology, he holds two degrees in mathematics and taught college mathematics for five years. At present, Weinberg works as a writer for many of the largest comic book companies, including DC and Marvel.