Return form will be sent to your email Id:
Want this item in next 24 hours?
Get an instant SMS with a link to download the Snapdeal App
+91
Please Enter a Valid 10 Digit Number.
Yes, Send Me A Link To The App
GET SMS
SDL423162449
{"SDL423162449":null}
Home
364, 365, 46102000, ,
/
Books
/
Fiction Books
/
Action, Adventure & Thriller Books
/
The World's Favourite (English, Mixed media product, )
Compare Products
Clear All
Let's Compare!
Selection Error!
You have reached the maximum number of selection. You can select only upto 4 items to compare.
You have already selected this product.
OK
View Order 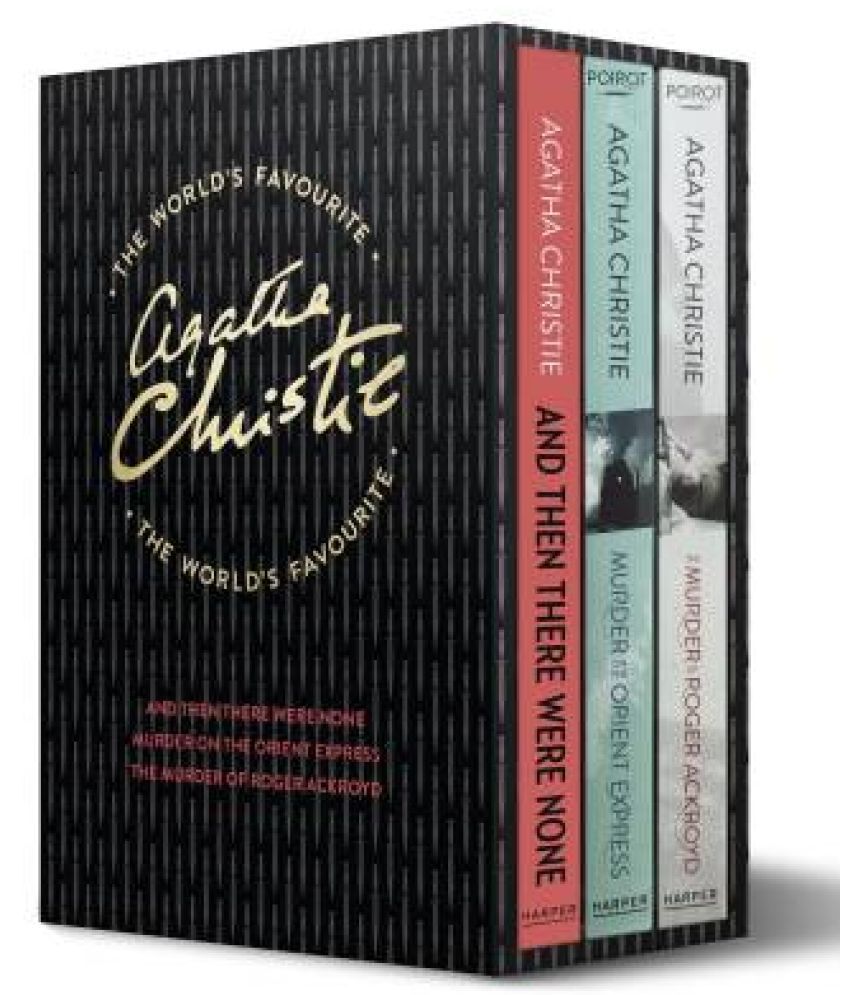 A boxed set of the three books that have been confirmed in a popular vote as the World's Favourite Agatha Christie novels. In a worldwide poll to mark the Queen of Crime's 125th birthday on 15 September 2015, three books stood out as clear favourites amongst Christie fans past and present. And Then There Were None, Agatha Christie's 1939 standalone novel, was voted the World's Favourite Christie, collecting 21% of more than 15,000 votes cast. The runners up were Murder on the Orient Express with 15% and The Murder of Roger Ackroyd - one of Christie's personal favourites - with nearly 10%. Voters were asked to choose their favourite title from the full Christie canon via www.worldsfavouritechristie.com And Then There Were None was Agatha Christie's most successful book. With over 100 million copies sold worldwide, it is also the bestselling crime novel of all time. Called `Agatha Christie's masterpiece' (Spectator) and the `most baffling mystery Agatha Christie has ever written' (New York Times), it was famously difficult to write. Christie said she liked it for its `difficult technique which was a challenge'.