Return form will be sent to your email Id:
Want this item in next 24 hours?
Get an instant SMS with a link to download the Snapdeal App
+91
Please Enter a Valid 10 Digit Number.
Yes, Send Me A Link To The App
GET SMS
SDL986697806
{"SDL986697806":null}
Home
364, 378, 4472, ,
/
Books
/
Hobby & Craft Books
/
Travel Books
/
Travels With a Donkey in the CÃ©vennes
Compare Products
Clear All
Let's Compare!
Selection Error!
You have reached the maximum number of selection. You can select only upto 4 items to compare.
You have already selected this product.
OK
View Order 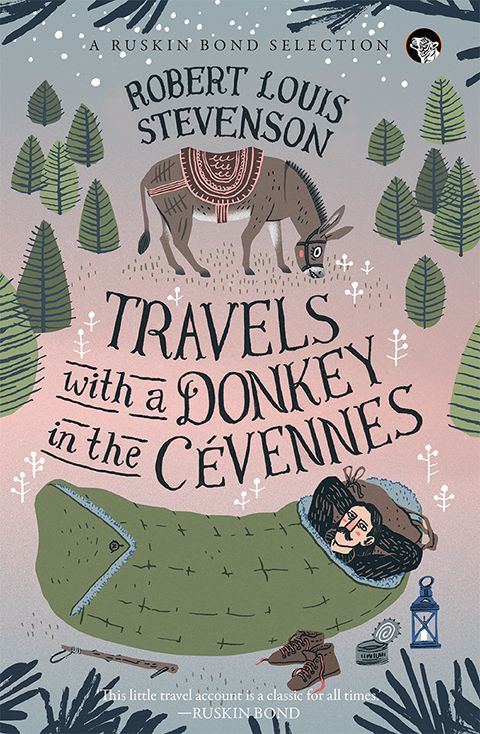 Travels With a Donkey in the CÃ©vennes

In 1878, Robert Louis Stevenson, author of classics such as Kidnapped and Treasure Island, embarked on a walking tour of the Cévennes, a mountainous region in south-central France. His travelling companion was Modestine, a diminutive donkey with a mind of her own who, over the course of the journey, bore some of his provisions and much of his rancour. Modestine and Stevenson tramped without plan or purpose through scenic villages and fearsome forests—reportedly infested with man-eating wolves—depending on peasants, Trappist monks and passersby for supplies, shelter and directions. They were beset by storms and unhelpful residents, but were also granted views of splendid vistas and cold, clear nights. And, over twelve days, 200 kilometres, and many shared adventures, Stevenson came to love his obdurate, manipulative little companion.

Travels with a Donkey in the Cévennes has inspired generations of later travellers and writers, from John Steinbeck—and his Travels with Charley—to Bruce Chatwin and Graham Greene, including present-day hikers who retrace the Robert Louis Stevenson Trail. Written in timeless prose, and with biting wit, this slim volume is a treat for all readers.

Robert Louis Stevenson (1850−1894) was an acclaimed poet, essayist, novelist and travel-writer, as accomplished in fiction as non-fiction. Born and educated in Edinburgh, Scotland, Stevenson studied to become a lawyer though he never actually practised law. Dogged by ill health throughout his life, Stevenson travelled extensively, simply for joy of it and to find more salubrious climates—in America, in Europe, and on the island of Samoa in the Pacific Ocean, where he lived for four years before death. A well-known literary figure during his lifetime, Stevenson’s popularity has endured and grown over the last century. His work includes many timeless classics; among others, Treasure Island, Kidnapped, Strange Case of Dr Jekyll and Mr Hyde, New Arabian Nights and A Child’s Garden of Verses.

Travels With a Donkey in the CÃ©vennes