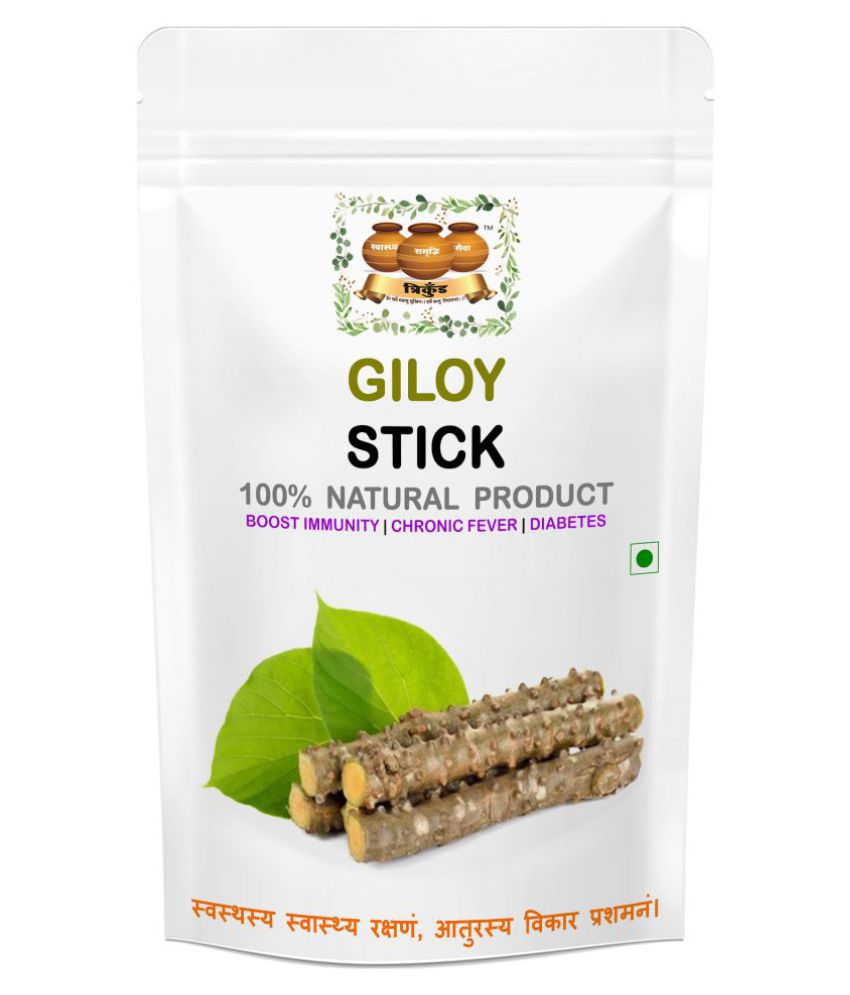 Giloy or Guduchi (Tinospora cordifolia Miers.) is a rejuvenating herb for the body. The plant is also known as Gilo, Gulancha, Guduchi (Hindi), Amrita (Sanskrit), Guduchi, Gulancha (Bengali), Gado , Galo (Gujarati), Gulvel (Marathi), Duyutige , Telugu, Amrutha balli (Kannada), Shindila kodi (Tamil) and Heartleaf moonseed (English). The plant is a powerful rasayana mentioned in Indian Charak Samhita literature. It is described as one of the Medhya Rasayana (mental rejuvenative) in the Charak Samhita. It has long been used in India and in the preparation of a starch known as giloe-ka-sat or as palo which is said to be a tonic, antiperiodic, and a diuretic.