Return form will be sent to your email Id:
Want this item in next 24 hours?
Get an instant SMS with a link to download the Snapdeal App
+91
Please Enter a Valid 10 Digit Number.
Yes, Send Me A Link To The App
GET SMS
SDL480277191
{"SDL480277191":null}
Home
364, 375, 46102936, ,
/
Books
/
Competitive Exams
/
Civil Services Exams
/
Trust Me I'm Lying: Confessions of a Media Manipulator
Compare Products
Clear All
Let's Compare!
Selection Error!
You have reached the maximum number of selection. You can select only upto 4 items to compare.
You have already selected this product.
OK
View Order 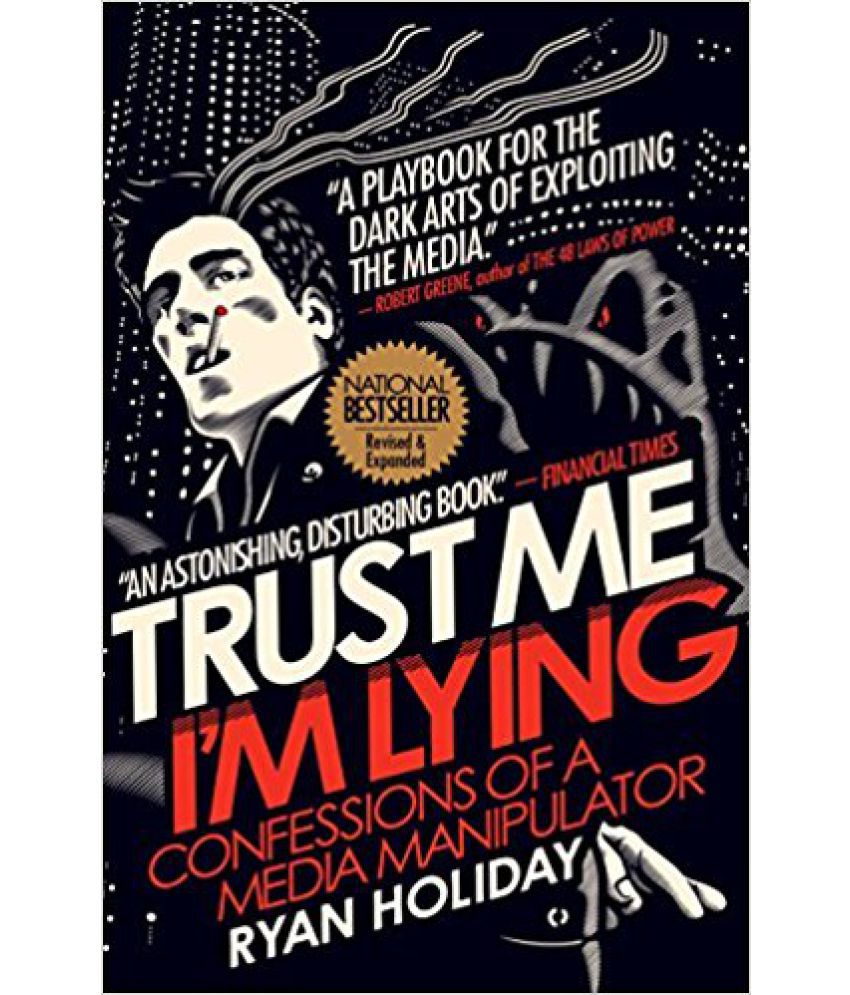 Trust Me I'm Lying: Confessions of a Media Manipulator

In 2016, fake news became real news - as its consequences became crushingly obviousin a year of political upsets and global turmoil. But it's not new - you've seen it allbefore. A malicious online rumour costs a company millions. A political sideshowderails the national news cycle and destroys a candidate. Some product or celebrityzooms from total obscurity to viral sensation. What you don't know is that someone isresponsible for all this. Usually, someone like Ryan Holiday.Ryan is a media manipulator. In a world where blogs control and distort the news, hisjob was to control blogs - as much as any one person can.In today's culture...1) Blogs like Breitbart, Buzzfeed and the Huffington Post drive the media agenda.2) Bloggers are slaves to money, technology, and deadlines.3) Manipulators wield these levers to shape everything you read, see and watch - onlineand off.Why is he revealing the secrets of his trade? Because he is tired of a world where blogstake indirect bribes, marketers help write the news, reckless journalists spread lies, andno one is accountable for any of it. After recent events, he's pulling back the curtainbecause he doesn't want anyone else to get blindsided.Holiday will explain exactly how the media really works. What you choose to do withthis information is up to you.

Ryan Holiday is a bestselling author and media strategist. After dropping out of collegeat nineteen to apprentice under Robert Greene, author of The 48 Laws of Power, hewent on to become the director of marketing for American Apparel. His creativeagency, Brass Check, has advised clients including Google, Neil Strauss, Tony Robbinsand Tim Ferriss. He is the author of six books, including The Obstacle Is the Way, EgoIs the Enemy, The Daily Stoic and Perennial Seller.

Trust Me I'm Lying: Confessions of a Media Manipulator