Sorry! What Do People Do All Day? is sold out. 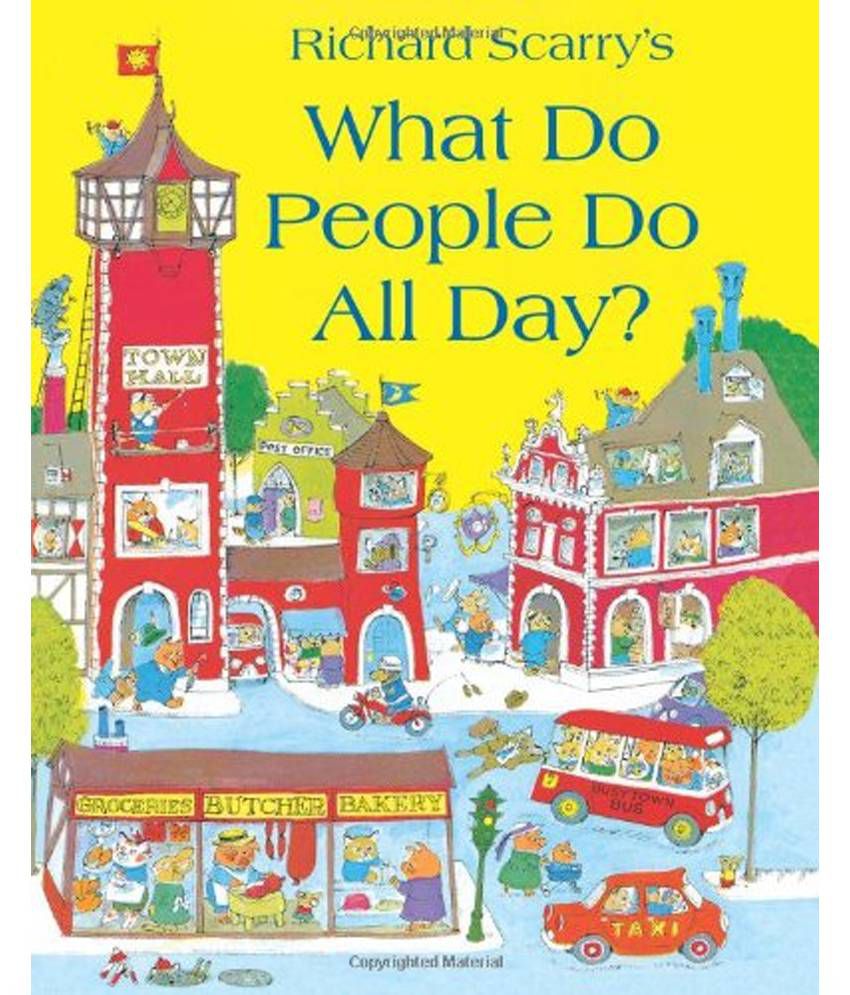 What Do People Do All Day?

This product has been sold out
serviceCentreDetails
Be the first to review
Have a question?
pay
Rs  317
We will let you know when in stock
notify me
Thank you for your interest

Richard Scarry's classic title, What Do People Do All Day? is packed with pictures and things to spot on every page, this classic book brings the world of Richard Scarry to a new generation of readers.
What do people do all day? Everyone is busy in Busytown – from train drivers to doctors, from mothers to sailors, in police stations and on fire engines. Follow a colourful collection of busy people working through their busy days.
Captain Salty and his crew are getting ready to go on a voyage; Doctor Lion is busy at the hospital; Sergeant Murphy is working hard to keep things safe and peaceful; and engineers are building new roads. Another busy day in Busytown!
About the Author
Born in Boston in 1919, Richard Scarry’s drawing talent led him to study at the Boston Museum School. He began his career in New York City as an illustrator and freelance artist, and in 1963 he published his first book, The Best Word Book Ever, which became an international best-seller