Sorry! Amit Shah and the March of BJP - Hindi is sold out. 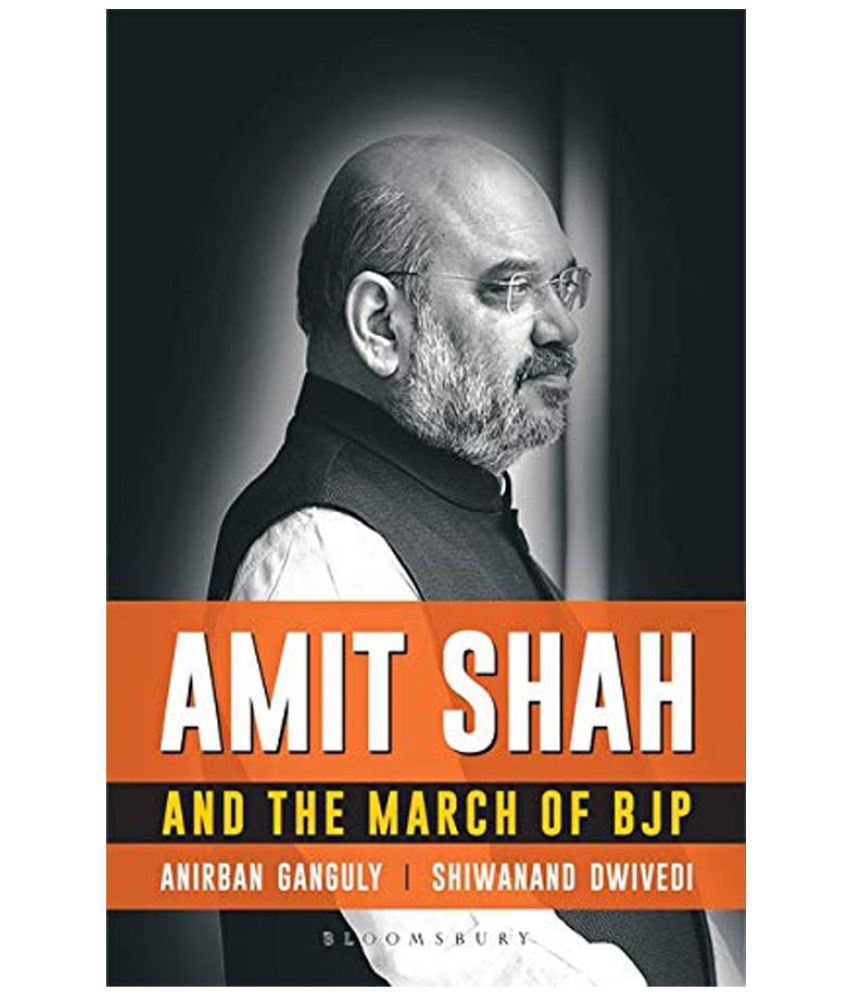 Amit Shah and the March of BJP - Hindi

This product has been sold out
serviceCentreDetails
5.0 1 0 (5.0) 1 Rating Have a question?
pay
Rs  299
We will let you know when in stock
notify me
Thank you for your interest

The story of Amit Shah's political life, struggles, rise and triumph is little known. For a leader who is often referred to as the Chanakya of Indian politics, who has dominated India's fast-paced and complex political stage since 2014, has altered its electoral map by leading the Bharatiya Janata Party (BJP) to successive historic victories post the May 2014 general elections, there is very little that is recorded or narrated. So, it's no surprise that the curiosity he evokes is ever on the rise.

Most of what is written about Amit Shah is based on conjectures, hearsay, assumptions and biases. The real Amit Shah-the once booth-worker and now national president of the largest political party in the world, the master strategist who has pushed the BJP to an organisational pinnacle and yet talks of scaling peaks, a man who is unhesitant in his stand on nationalism and on anything which concerns India's national interest-has remained in the shadows, self-effaced, away from the limelight.

The story of how he expanded the BJP into a pan-India party and the convergence of organisational science and ideology that has made the BJP a unique and formidable political entity is a story that needs to be told. The book narrates the personal and political journey of Amit Shah, captures the ideological world that shaped him and gives an account of the party that he is leading and shaping today. It is for the first time that his story is being told-an authentic, no-holds-barred portrayal of one of the most influential leaders of our times.
To the political worker, the observer and to anyone even remotely interested in Indian politics, irrespective of their profession or political leaning, especially since the unfolding of Indian politics in the summer of 2014, this is a captivating exploration of the political life and journey of one of its central characters.

It is for the first time that Amit Shah's story is being told-an authentic, no-holds barred and detailed narration of one of the most influential leaders of our times.

About the Author
Anirban Ganguly is the Director of Dr Syama Prasad Mookerjee Research Foundation (SPMRF), the think tank of the BJP. He is the National Co-In-Charge of the Library and Documentation Department of the BJP and member of the Policy Research Department of the party. He has extensively worked in the areas of public policy, political research and ideological issues.

Dr Ganguly is also a scholar of civilisation, history, politics and culture and is a member of the Central Advisory Board of Education (CABE), Ministry of Human Resources Development, Member of the Governing Board of Auroville Foundation (MHRD), Member of the Visva-Bharati Samsad (Court), Santiniketan. Between 2010 and 2013 he was a Senior Fellow at Vivekananda International Foundation (VIF), New Delhi.

Dr Ganguly had his early education at Sri Aurobindo Ashram, Puducherry, and holds a master's degree in International Relations, a postgraduate diploma in Mass Communication and Journalism and a PhD in education from Jadavpur University, Kolkata.

Shiwanand Dwivedi is a Senior Research Fellow at SPMRF. Born in Sajawon, a village in Deoria district of Uttar Pradesh, he received primary education from the public-funded school of his village and completed higher education from Buddha Post Graduate College, Deen Dayal Upadhyay University, where he showed his keen interest in reading and writing on issues of national importance. He is a prolific author, writing regularly in Hindi on topics related to politics, democracy and social-economy in reputed newspapers and magazines.