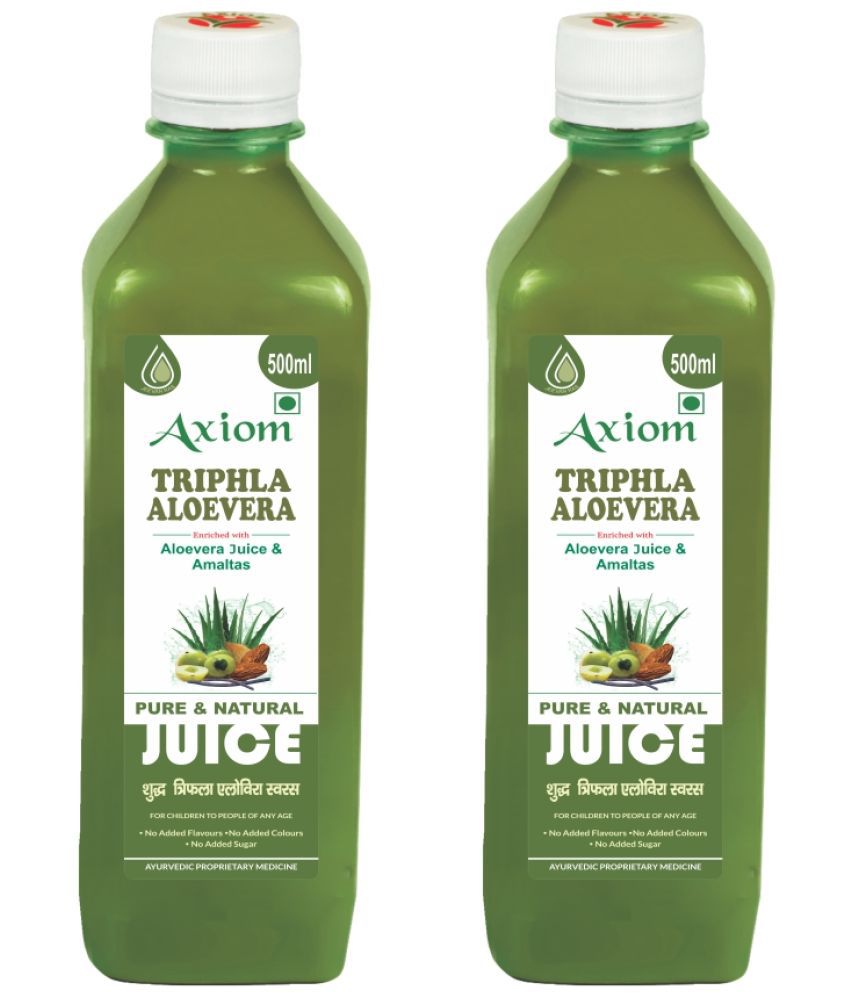 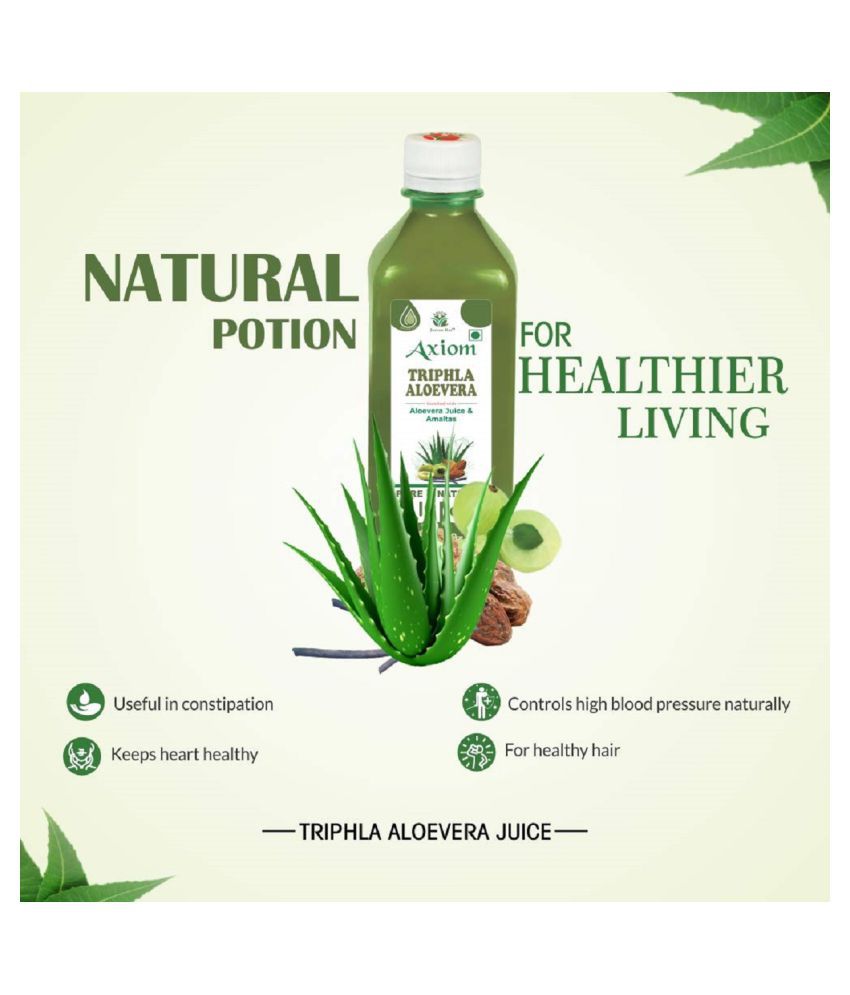 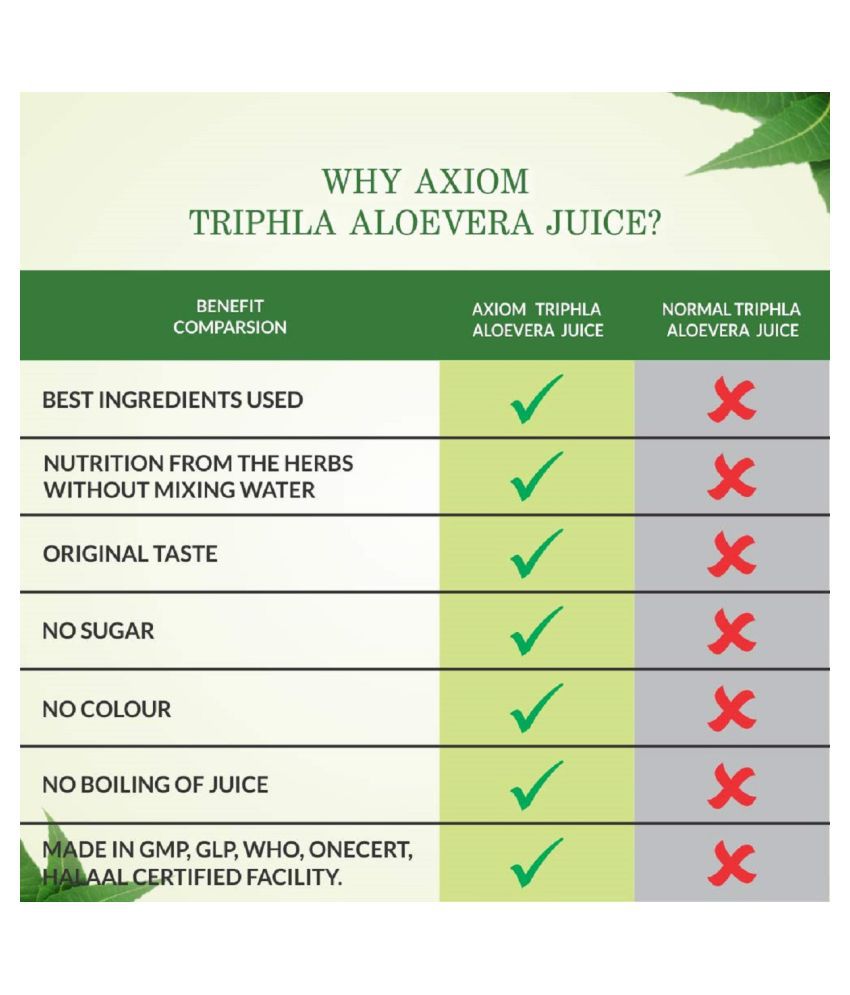 Unlike all great stories, our tale begins 24 years ago when an independent visionary woman believed and brought the idea of "Swaras Chikitsa" into existence, first time in the world. Late Dr. Hemlata Gupta who was Snr. Medical Officer then, planted the first sapling of Axiom Ayurveda in 1995 at Ambala Cantt, Haryana. Axiom is further set in motion by her grandson Mr. Rishabh Gupta, a techie by education with Diploma in international marketing from Europe. He steered Axiom ahead in its growth plans with novel technologies, attractive packaging and connecting better with consumers. Under his leadership, Axiom has reached to newer heights by introduction of new segments and here from the house of axiom, we launched Axiom Triphla Aloevera Juice 500ml