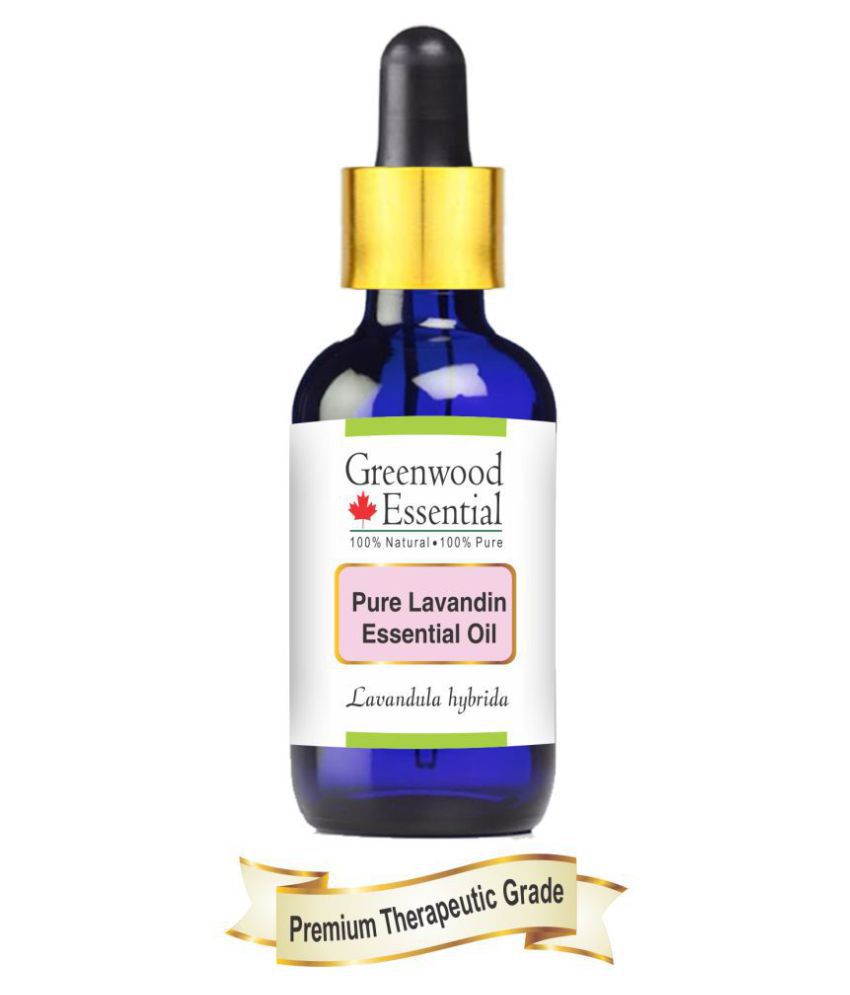 Pure Lavandin Essential Oil (Lavandula hybrida) It is originated as a woody plant with blue or gray flowers formed by the crossing of two species of lavender—true lavender and spike lavender. The Lavandin plant is a native of France. Lavandin Oil is extensively used in perfumery and offers numerous health benefits. The health benefits of Lavandin Oil can be attributed to its properties as an antidepressant, antiseptic, cicatrisant, expectorant, nervine, and vulnerary substance. Benefits Lavandin Oil is a known stimulant. Mainly it is used to stimulate appetite and suppress nausea and weakness. It also help to provide sufficient relief from coughs and colds. This Oil is also used to restore lost energy at moments when you are fainting, or feel tired and giddy. It helps relives pain, especially muscle aches Lavandin Oil is also an antiseptic agent. It can be applied on cuts and bruises to prevent microbial infection and it also promotes blood clotting, thereby healing wounds quickly. It also helps in relieving some of the affliction of the skin including dermatitis and psoriasis. Applying Lavandin Oil can reduce stretch marks, surgery marks, fat cracks. Lavandin Oil also helps reduce scars, pigmentation, and even acne This Oil is also a powerful expectorant. It helps relieve mucus in the respiratory tract, thereby curing coughs and colds. Lavandin Oil boosts self esteem, confidence, hope and mental strength and efficiently fights depression. This can be very helpful to drive away depression for those who are suffering from depression due to failure in career or love, insecurity, loneliness, stagnation or someone’s death.