Return form will be sent to your email Id:
Want this item in next 24 hours?
Get an instant SMS with a link to download the Snapdeal App
+91
Please Enter a Valid 10 Digit Number.
Yes, Send Me A Link To The App
GET SMS
SDL671147404
{"SDL671147404":null}
Home
364, 365, 46102000, ,
/
Books
/
Fiction Books
/
Action, Adventure & Thriller Books
/
Mightier than the Sword (The Clifton Chronicles) Paperback (English)
Compare Products
Clear All
Let's Compare!
Selection Error!
You have reached the maximum number of selection. You can select only upto 4 items to compare.
You have already selected this product.
OK
View Order 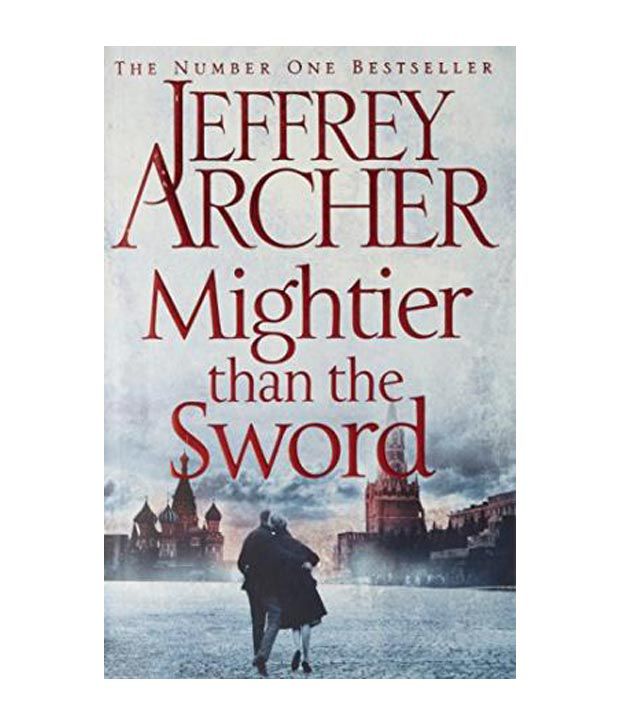 Mightier than the Sword (The Clifton Chronicles) Paperback (English)

Mightier Than The Sword is the bestselling fifth novel in Jeffrey Archer's popular Clifton Chronicles series. It continues Harry Clifton's story from the previous entry in the series, Be Careful What You Wish For.

When Harry Clifton goes to visit his publisher in New York city, he gets to know that he has been elected as the new president of the English Pen. He immediately starts a campaign for the resale of his fellow author Anatoly Babakov who has been imprisoned in Siberia. Anatoly Babakov has been imprisoned due to him writing a book called Uncle Joe which is a devastation insight into what it was like to work for the great Stalin. Harry so badly wants Anatoly Babakov to get released and for the book to be published that he pays no heed to caution and jumps into a labyrinth of problems.
The compelling Clifton Chronicles continues in this new book with the book being Jeffrey Archer's most accomplished book till date. Experience all the famous twists and turn as you go through this book.

Jeffrey Archer is a renowned author who has written various books and short stories including Kane and Abel, A Prisoner of Birth and Cat O' Nine Tales. His bestselling The Clifton Chronicles series includes: Only Time Will Tell, The Sins of the Father, Best Kept Secret, Be Careful What You Wish For and Mightier Than the Sword. He lives in London and Cambridge with two sons and his wife.

Mightier than the Sword (The Clifton Chronicles) Paperback (English)