Return form will be sent to your email Id:
Want this item in next 24 hours?
Get an instant SMS with a link to download the Snapdeal App
+91
Please Enter a Valid 10 Digit Number.
Yes, Send Me A Link To The App
GET SMS
SDL865209852
{"SDL865209852":null}
Home
364, 386, 4532, ,
/
Books
/
Religion & Spirituality Books
/
Religious Studies Books
/
Nine Nights Of The Goddess (The Navaratri Festival in South Asia)
Compare Products
Clear All
Let's Compare!
Selection Error!
You have reached the maximum number of selection. You can select only upto 4 items to compare.
You have already selected this product.
OK
View Order 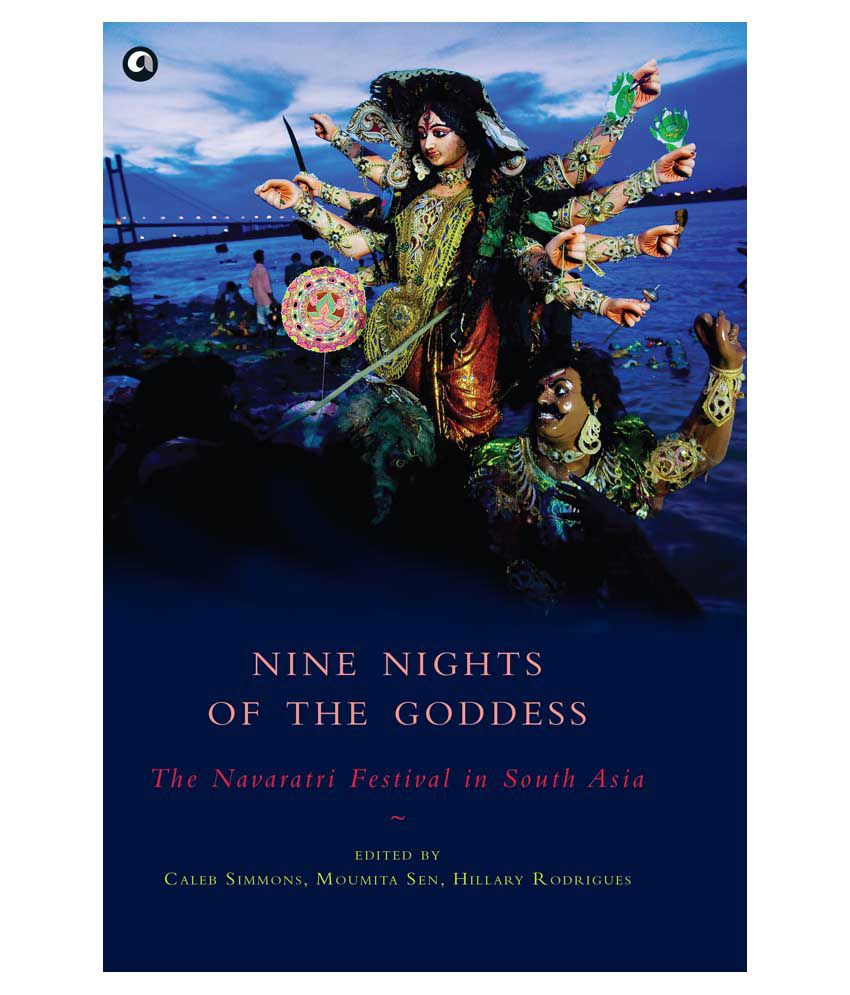 Nine Nights Of The Goddess (The Navaratri Festival in South Asia)

Nine Nights of the Goddess explores the festival of Navaratri-alternatively called Navaratra, Mahanavami, Durga Puja, Dasara, and/or Dassain-which lasts for nine nights and ends with a celebration called Vijayadasami, or ‘the tenth (day) of victory’. Celebrated in both massive public venues and in small, private domestic spaces, Navaratri is one of the most important and ubiquitous festivals in South Asia and wherever South Asians have settled. These festivals share many elements, including the goddess, royal power, the killing of demons, and the worship of young girls and married women, but their interpretation and performance vary widely. This interdisciplinary collection of essays investigates Navaratri in its many manifestations and across historical periods, including celebrations in West Bengal, Odisha, Karnataka, Maharashtra, Tamil Nadu, Uttar Pradesh, and Nepal. Collectively, the essays consider the role of the festival’s contextual specificity and continental ubiquity as a central component for understanding South Asian religious life, as well as how it shapes and is shaped by political patronage, economic development, and social status.
Outside of the narratives that tell the deeds of the Goddess, Navaratri is perhaps most connected with the story of Rama within the popular imagination of its celebrants.
As the epic story goes, Rama, the erstwhile prince of Ayodhya, was engaged in a long and difficult battle with Ravana, the demon-king of Lanka who had abducted his wife, Sita, and held her captive. Finding his adversary not easily vanquished, Rama performed puja to the goddess Durga. The Goddess, pleased with his worship since it was Navaratri, appeared and granted him victory over his foe. With the boon from the Goddess, Rama was able to defeat Ravana on Vijayadasami.

Nine Nights Of The Goddess (The Navaratri Festival in South Asia)