Return form will be sent to your email Id:
Want this item in next 24 hours?
Get an instant SMS with a link to download the Snapdeal App
+91
Please Enter a Valid 10 Digit Number.
Yes, Send Me A Link To The App
GET SMS
SDL153852284
{"SDL153852284":null}
Home
364, 378, 4472, ,
/
Books
/
Hobby & Craft Books
/
Travel Books
/
Patriotic Pilgrimage Of India
Compare Products
Clear All
Let's Compare!
Selection Error!
You have reached the maximum number of selection. You can select only upto 4 items to compare.
You have already selected this product.
OK
View Order 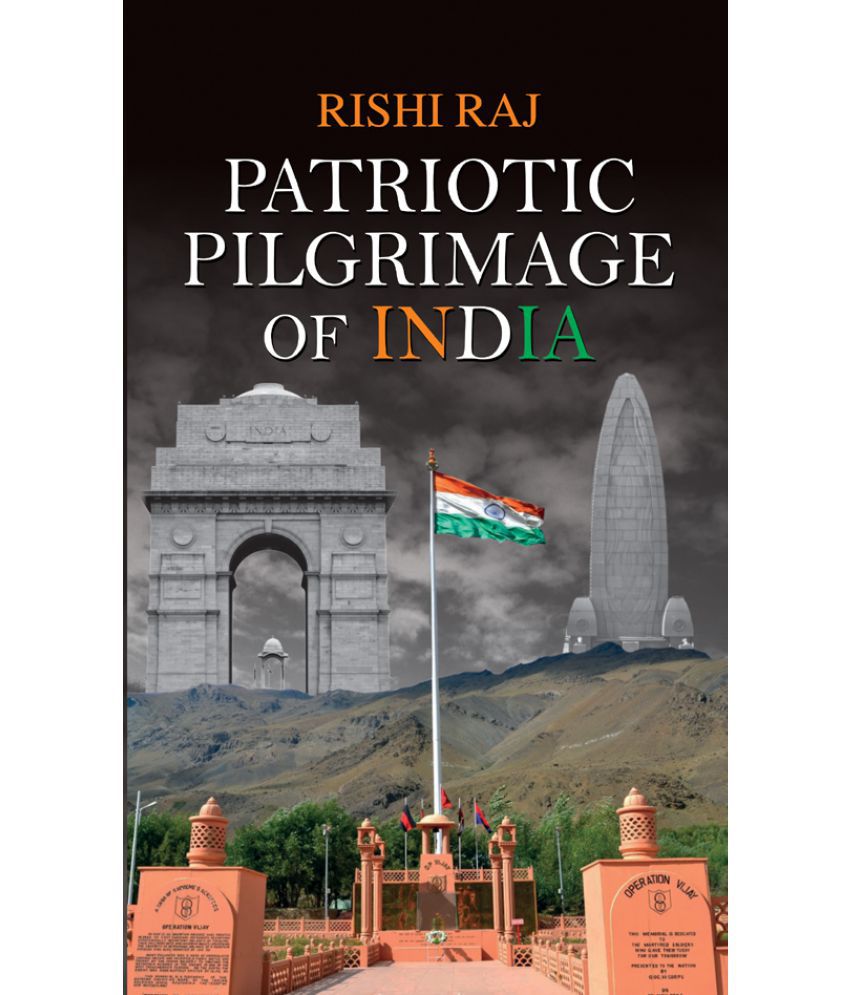 This book is an attempt to make our present generation aware of those great people, who sacrificed their lives to protect our Motherland, thereby facilitated us to breathe in the free environment. This book is an account to their acts of valour and places associated with them. With a firm view that every Indian is indebted to contributions of all such warriors, freedom fighters, revolutionaries whose debts cannot be repaid by any means, the author believes that we can lessen the debts by visiting those sacred places, by meeting their families and also by passing these virtues to our younger generation.

More than a research in history, this book is a result of the author’s aspirations to visit historical places of our illustrious country. Through this book, the author has connected these shrines of martyrdom with history and importance in the present times. This book consist details of about 50 such places associated with the martyrs and patriots. The book is intended to act as a bridge which may help our older generation connect with the younger generation.

Born on 4th Sep, 1975, in Delhi,
Shri Rishi Raj is associated with Transport Sector and is working in a public sector undertaking of Government of India, equivalent to the post of Joint Director, Govt. of India.
An ardent traveller, he has so far travelled to 31 states/Union Territories, all four Dhams, all of 12 Jyotirlingas, Singapore, Tibet, Nepal, China & Japan in his 41 years of life. The pilgrimage to Mount Kailash has been one of his greatest travelling experiences. In the year 2007, he visited Leh, Ladakh & Kargil areas and made his 1st documentary which was dedicated to the martyrs of Kargil war.
In 2012, he has published his first book ‘Kailash Darshan—Kuch Yadein, Kuch Baatein’ which was based on his experience during his pilgrimage to Mount Kailash. This book was awarded with ‘Rahul Sankrityayan Puraskar’ by Ministry of Tourism, Govt. of India and later in 2013 its English translation was also published. In the year 2014, the author visited Tawang and Bumla sector in North
East and made his 2nd documentary ‘My Journey to the Splendid Tawang’. He dedicated this documentary to the martyrs of 1962 Indo China war.
His second book ‘Atulya Bharat Ki Khoj’ was published in 2015 which was again based on his travelling experiences to 31 states in India from Kashmir to Andaman Nicobar Islands and from Arunachal Pradesh to
Gujarat. After completing his adventure trip to Gangotri & Yamunotri in April 2016, Shri Rishi Raj has made another documentary ‘The Divine Journey to Gangotri and Yamunotri’. In January 2017 another book was released on martyrs and freedom fighters titled ‘Deshbhakti Ke Paawan Teerth’. Patriotic Pilgrimage of India is English version of Deshbhakti Ke Paawan Teerth.