Return form will be sent to your email Id:
Want this item in next 24 hours?
Get an instant SMS with a link to download the Snapdeal App
+91
Please Enter a Valid 10 Digit Number.
Yes, Send Me A Link To The App
GET SMS
SDL280450871
{"SDL280450871":null}
Home
364, 365, 46102839, ,
/
Books
/
Fiction Books
/
General Fiction
/
The Conquest Of The East :Royal Crown Returns
Compare Products
Clear All
Let's Compare!
Selection Error!
You have reached the maximum number of selection. You can select only upto 4 items to compare.
You have already selected this product.
OK
View Order 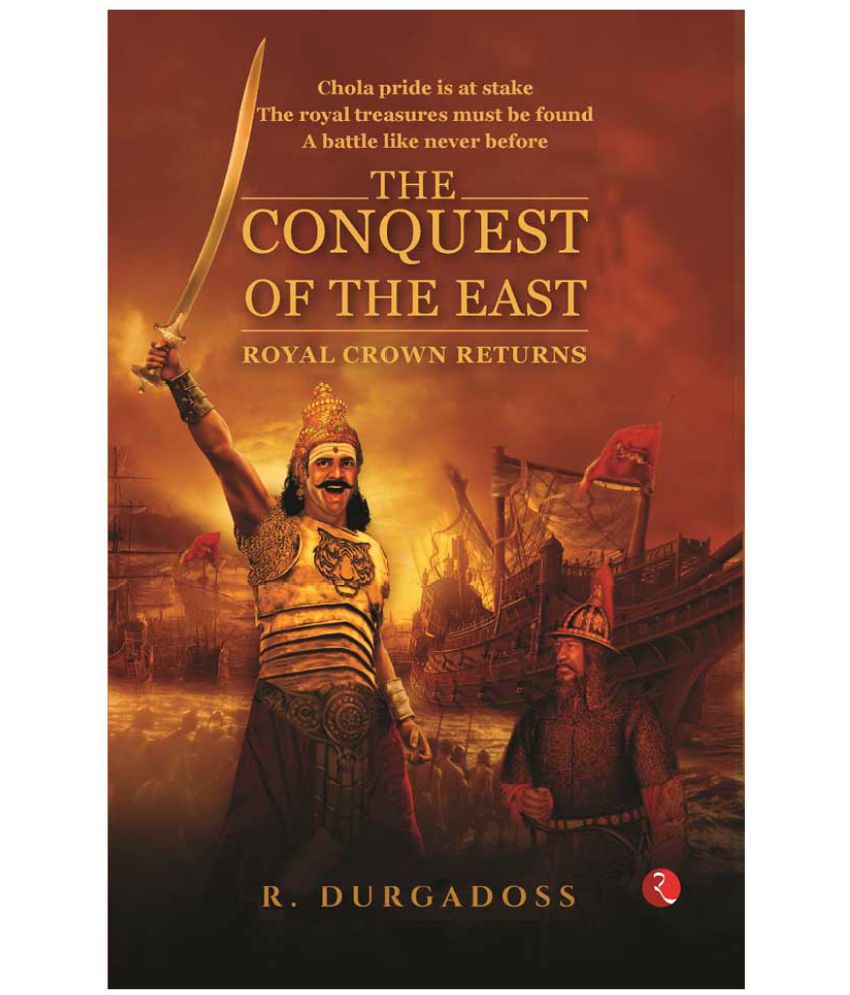 The Conquest Of The East :Royal Crown Returns

The numerous attempts made by the Cholas to capture the prestigious royal crown, the mythical aaram (necklace) and the precious garland of pearls from the Pandyas have failed. Emperor Raja Raja Chola's grandfather even defeated the Pandyas, but their king managed to escape with the royal jewels and kept these in safe custody with a Lankan king.
Years later, even after Raja Raja Chola's victory against the Lankan king, the jewels eluded the Cholas as the Lankan king too fled with the jewels. Emperor Rajendra Chola takes it upon himself to finish his dynasty's incomplete agenda. The jewel trail extends well beyond the shores of Bharat, right up to the kingdom of Srivijaya (modern-day Indonesia). Rajendra Chola's naval commander Surya emerges as the greatest support to his king. Will Surya be able to restore the Chola pride?
Even with his unbreakable spirit, courage and special powers, Surya must be careful as the enemies may have lost wars but they are hitting back through proxy wars launched by hired mercenaries. He must use every trick in the book to unmask the enemy and save the Chola kingdom from plunging into a civil war.
The Conquest of the East: Royal Crown Returns is an action-packed page-turner that is a befitting sequel to the bestselling book The Indus Challenge.

Dr R. Durgadoss (his associates call him Dr DD) is an entrepreneur, an inspirational speaker, a writer and a life coach. He holds a PhD in corporate finance and has had a career spanning more than three decades with leading multinational institutions. He has a deep-rooted passion for Indian mythology, history and philosophy. The Conquest of the East is the third book of the series.

The Conquest Of The East :Royal Crown Returns