Return form will be sent to your email Id:
Want this item in next 24 hours?
Get an instant SMS with a link to download the Snapdeal App
+91
Please Enter a Valid 10 Digit Number.
Yes, Send Me A Link To The App
GET SMS
SDL756916137
{"SDL756916137":null}
Home
364, 378, 4480, ,
/
Books
/
Hobby & Craft Books
/
Music, Films & Entertainment Books
/
The Merchant of Venice
Compare Products
Clear All
Let's Compare!
Selection Error!
You have reached the maximum number of selection. You can select only upto 4 items to compare.
You have already selected this product.
OK
View Order 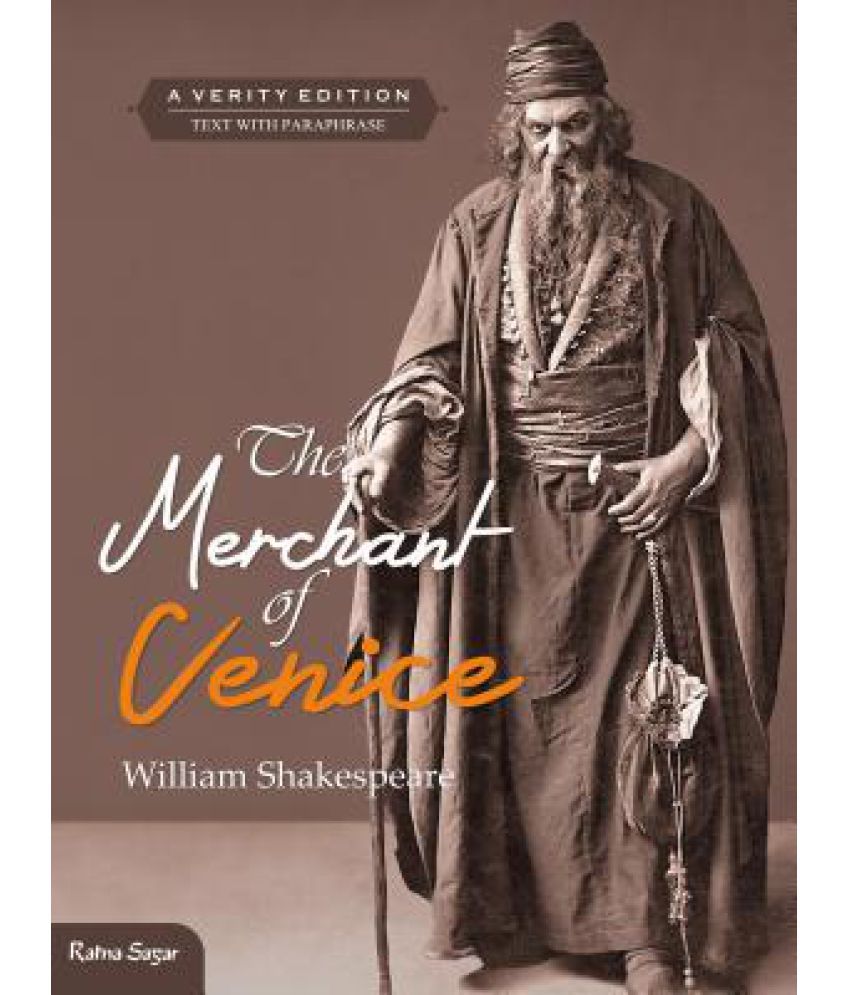 The Merchant of Venice

The Merchant of Venice of the Ratna Sagar Shakespeare Series is enriched with textbased on theA W Verity edition, line-by-line translationof text into modern English, plenty ofshort notesthat explain andinterpret the text, summaryof each scene, as well as usefulcommentaryon the life and times of Shakespeare, Elizabethan theatre, literary sources, characters, figures of speech, and artwork that brings to life significant episodes in the story. This enriched edition of The Merchant of Venice has exhaustive annotations and notes. Set in Venice and Belmont, the play deals with the themes of friendship, mercy, trust, money, and prejudice. It depicts many aspects of the society of the times - social classes and segregation, and trading and commerce. The play opens with Antonio, the merchant of Venice, troubled about his ships at sea. As Bassanio enters the scene, the audience gets a clear picture of the affection that Antonio holds for him. Bassanio pours out his heart to Antonio about his desire to marry the beautiful and rich heiress Portia in Belmont. It is revealed that Bassanio is an extravagant youth, who has spent most of his inheritance, and wishes to marry Portia partly out of love, and partly to repair his fortunes. It is usual for Bassanio to ask Antonio for financial aid, and he does so now again. But Antonio's 'fortunes are at sea', and he asks Bassanio to take credit in his name from whoever is willing to lend in Venice. This leads Antonio to enter into a hazardous bond with the hard-hearted Jew Shylock. In Belmont, Portia is overwhelmed by a constant line of suitors, who come to undertake her late father's challenge and win her hand - they are required to choose from three caskets of gold, silver, and lead the one containing Portia's portrait. As every suitor fails due to his vanity or overconfidence, Bassanio arrives much to Portia's delight, for she has favoured him since the time of his first visit to Belmont. As Bassanio successfully passes the test of the caskets, his friend Gratiano expresses his desire to marry Nerissa, Portia's gentlewoman. As both couples rejoice in the union, news arrives from Venice that Antonio has failed to repay the debt in time, and is in danger of losing a pound of flesh, the penalty in his contract with Shylock. Bassanio immediately leaves for Venice with Gratiano, and so does Portia with Nerissa, but without anyone's knowledge. At the crucial trial of Antonio, Portia and Nerissa arrive at the court disguised as a young lawyer and a clerk. As Shylock remains stubborn on claiming his bond, Portia cleverly turns the tables on him, which not only saves Antonio's life but also compels Shylock to forfeit his loan and bequeath his property to his daughter and son-in-law. All characters return to Belmont, where Portia informs Antonio that his ships have been salvaged and have come to harbour. Like a typical Shakespearean comedy, the play ends on the happy note of all's well that ends well. The play has rich characterization. Portia is memorable as a gutsy herioine who resolves the conflict in the play. She stresses mercy as a divine quality as against the call for revenge by Shylock. Shylock, on the other hand, though portrayed as the antagonist of the play, is representative of those who are victims of the evils of prejudice and betrayal. Being a Jew, he is spited by Antonio and the others, which fuels his craving for revenge. Both characters have some of the most memorable speeches in the play that establish the common humanity of all races and cultures."

The Merchant of Venice