Return form will be sent to your email Id:
Want this item in next 24 hours?
Get an instant SMS with a link to download the Snapdeal App
+91
Please Enter a Valid 10 Digit Number.
Yes, Send Me A Link To The App
GET SMS
SDL997469457
{"SDL997469457":null}
Home
364, 4362, 4473, ,
/
Books
/
Non Fiction Books
/
Biographies & Autobiographies
/
Wings of Fire: An Autobiography Paperback (English) 1st Edition
Compare Products
Clear All
Let's Compare!
Selection Error!
You have reached the maximum number of selection. You can select only upto 4 items to compare.
You have already selected this product.
OK
View Order 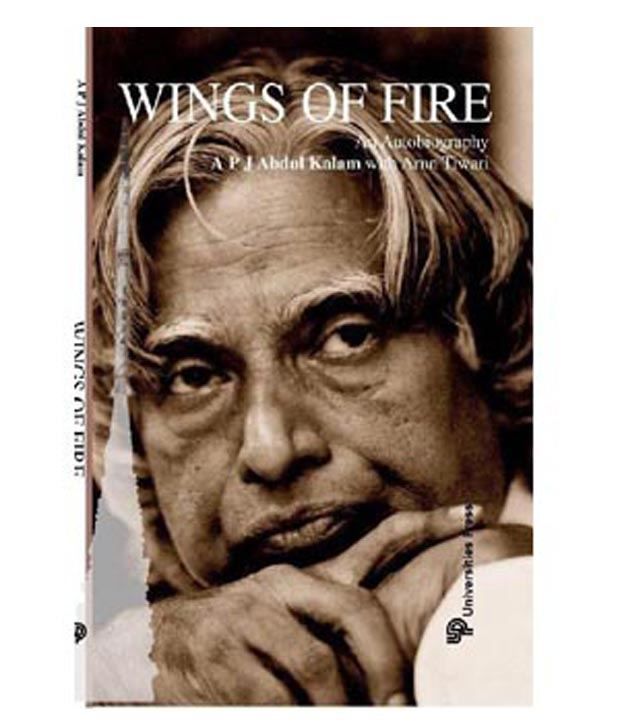 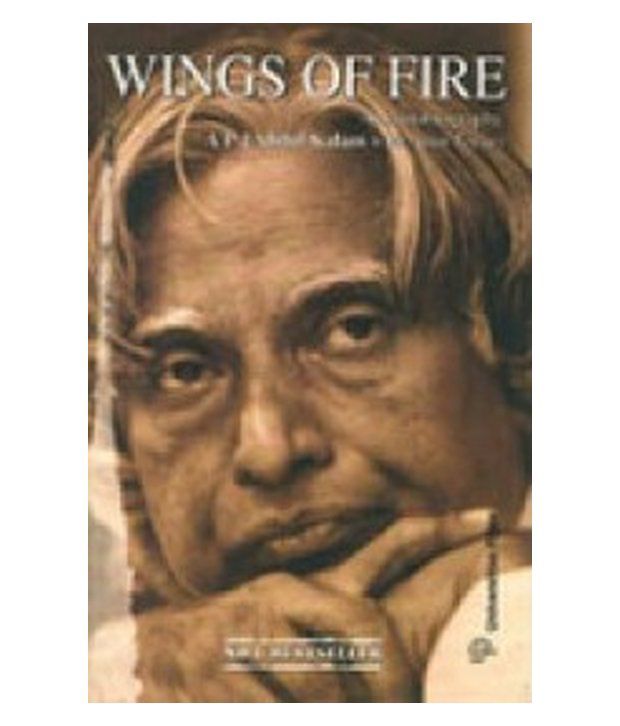 Originally published in the year 1999 by Universities Press, Wings of Fire: An Autobiography, traces the life of 11th President of India, Dr. A.P.J Abdul Kalam. It was published in 13 different Indian languages and few foreign languages too.

Wings of Fire: An Autobiography is an inspirational and motivational book that tells the life story of Avul Pakir Jainulabdeen Abdul Kalam. The book is divided into seven parts and begins with an Introduction and Preface. It is followed by Orientation which contains a quote from Atharva Veda. Later, the chapters highlight the early life, school, background and professional life of Dr. Kalam. It also provides an insight to the visions he had for his country and its people. The book contains 24 pictures taken at different times in the life of Dr. Kalam.

Excerpts from the Book

Here are some of the most enduring lines that Dr. Kalam penned down in his autobiography:

“Dream is not that which you see while sleeping, it is something that does not let you sleep”

“Your children are not your children. They are the sons and daughters of Life's longing for itself. They come through you but not from you. You may give them your love but not your thoughts. For they have their own thoughts”

“We are all born with a divine fire in us. Our efforts should be to give wings to this fire and fill the world with the glow of its goodness.”

Arun Tiwari has co-authored Wings of Fire: An Autobiography with Dr. A.P.J Abdul Kalam. He is a missile scientist who worked with Dr. Kalam on ‘Trishul’ and ‘Akash’ missiles. He is credited with designing India’s first Titanium bottle which is used to power missiles. He designed the indigenous coronary stent that is used in by-pass surgeries along with Dr. Kalam.

Arun Tiwari is the first non-medical director of the Cardiovascular Technology Institute at Hyderabad. He designed the country’s first satellite-based telemedicine system.